Disruption through Yeovil Pen Mill // Adverse weather forecast on our network this weekend - Click for more information - Last updated: 2:25 AM

Dating back more than 2,000 years, Halloween is now a huge commercial holiday loved by people all over the world. This spooky holiday can be celebrated in lots of different ways, so whether you’re a fan of trick or treating or would rather scare yourself silly at a haunted attraction, there’s plenty of Halloween activities to do on 31 October.

If you’re looking for some Halloween inspiration, take a look at our ultimate guide to the top spooky UK attractions below.

Halloween is as scary as you decide to make it - and when there’s little ones involved, you can still have plenty of Halloween fun that isn’t going to cause any nightmares. These family attractions are ideal for people of all ages and are a great way to celebrate Halloween this year.

Commencing on the 14th of October, this frightful yet friendly fun-fest takes place at Paultons Park, a theme park located on the edge of the New Forest National Park in Hampshire. Every October this thrilling theme park gets a spooky Halloween makeover complete with horror shows, creepy meet and greets and a grand total of 4,000 pumpkins! On selected days in October, Paultons Park stays open until 7:30pm, so don’t miss out on the opportunity to ride in the dark! 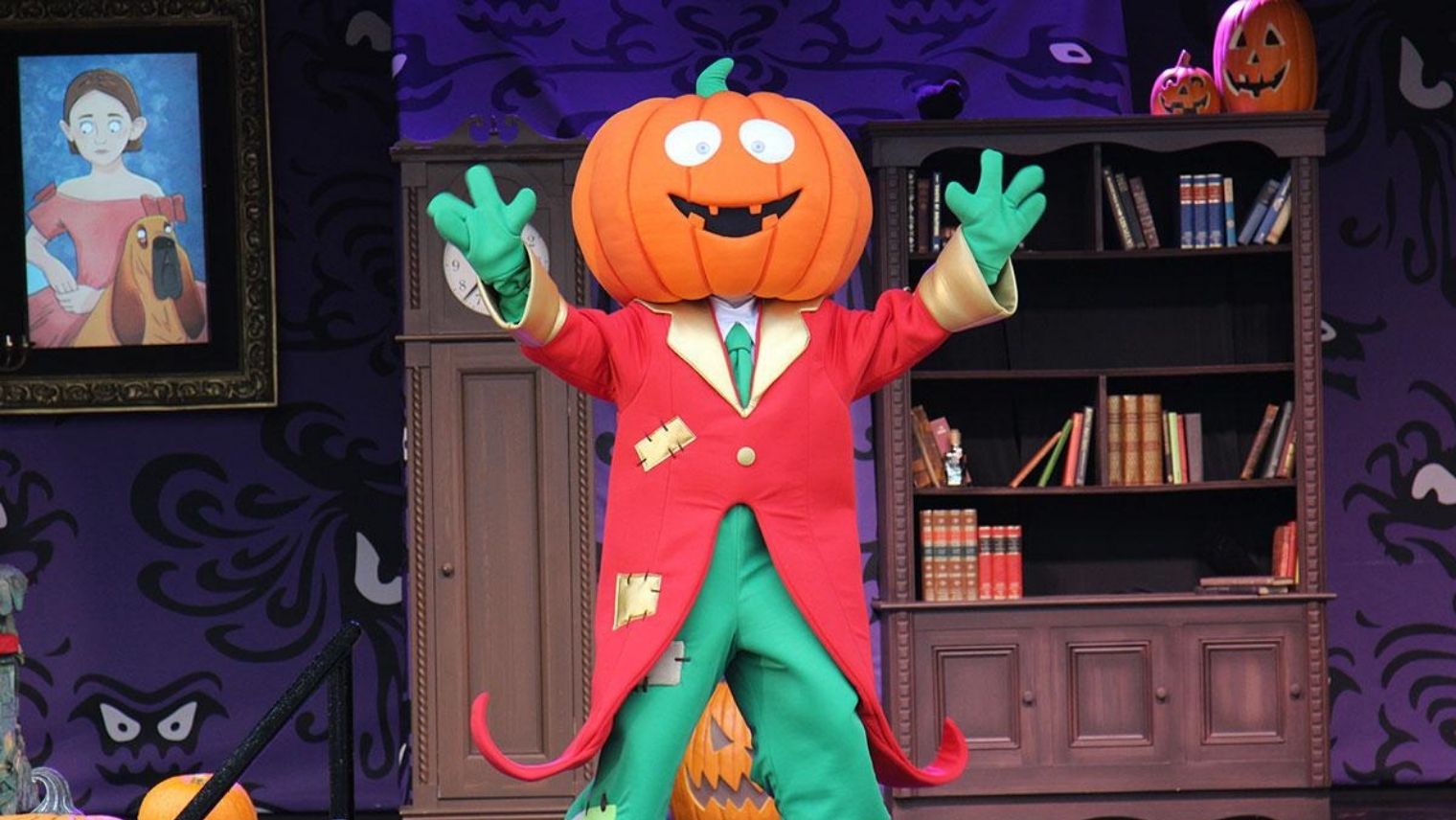 To get here, catch the train to Southampton Central, before taking a 24-minute bus ride on the X7 towards Salisbury.

Howl’O’Ween at Chessington World of Adventures

Don your spookiest costumes and head to Chessington for a night of Halloween entertainment. Chessington is another kid-friendly theme park, located just outside central London. 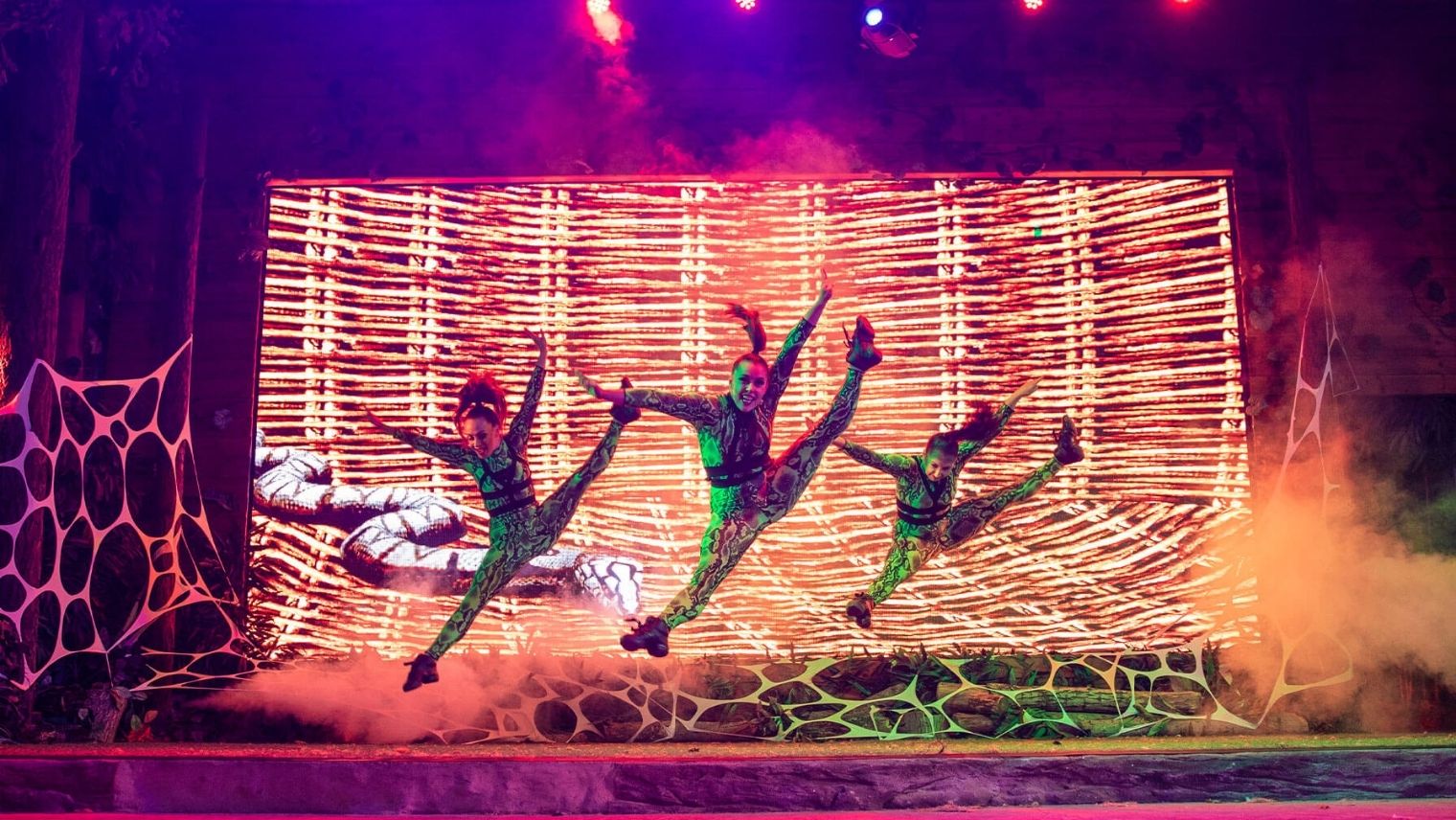 Running for the last two weeks of October, Chessington’s Howl’O’Ween event includes full theme park and zoo entry, for a day filled with lots of tricks and plenty of treats. From live dance shows and meet and greets to kid-friendly shows and scare attractions for those a little braver, there’s something for the whole family.

Catch a train to Chessington World of Adventures by heading to Chessington South. From there, it’s either a 20-minute walk or a seven-minute bus journey on the number 71.

Complete with its own maze and play area, The Toy Barn in Sherborne makes for a fun Halloween activity for kids. Step into a storybook as you explore the giant maze inspired by fairy tales and castles, and have fun looking out for the various ‘guess who’ boards and word puzzles along the way. Once you’ve successfully found your way out of the maze, head over to the pumpkin patch and choose your favourite pumpkin, before finishing off your day of fun in The Toy Barn’s very own play area.

To get here, catch a train to Templecombe, then catch a bus from Station Road to Yeovil. Ride for 20 minutes and get off at Blackmarsh Farm.

The UK is home to plenty of ancient castles filled with history and tales of gore—so where better to visit on Halloween?

The Tower of London

It’s one of London’s most popular historic attractions, and The Tower of London is also cited as one of the most haunted places in the UK, making it a great spot to visit on Halloween. Constructed in 1078, this spooky tower has a gruelling past filled with imprisonment, torture and execution. For a fascinating insight into the tower’s history, book onto a 2-hour walking tour, and make sure you keep a lookout for a ghost or two! 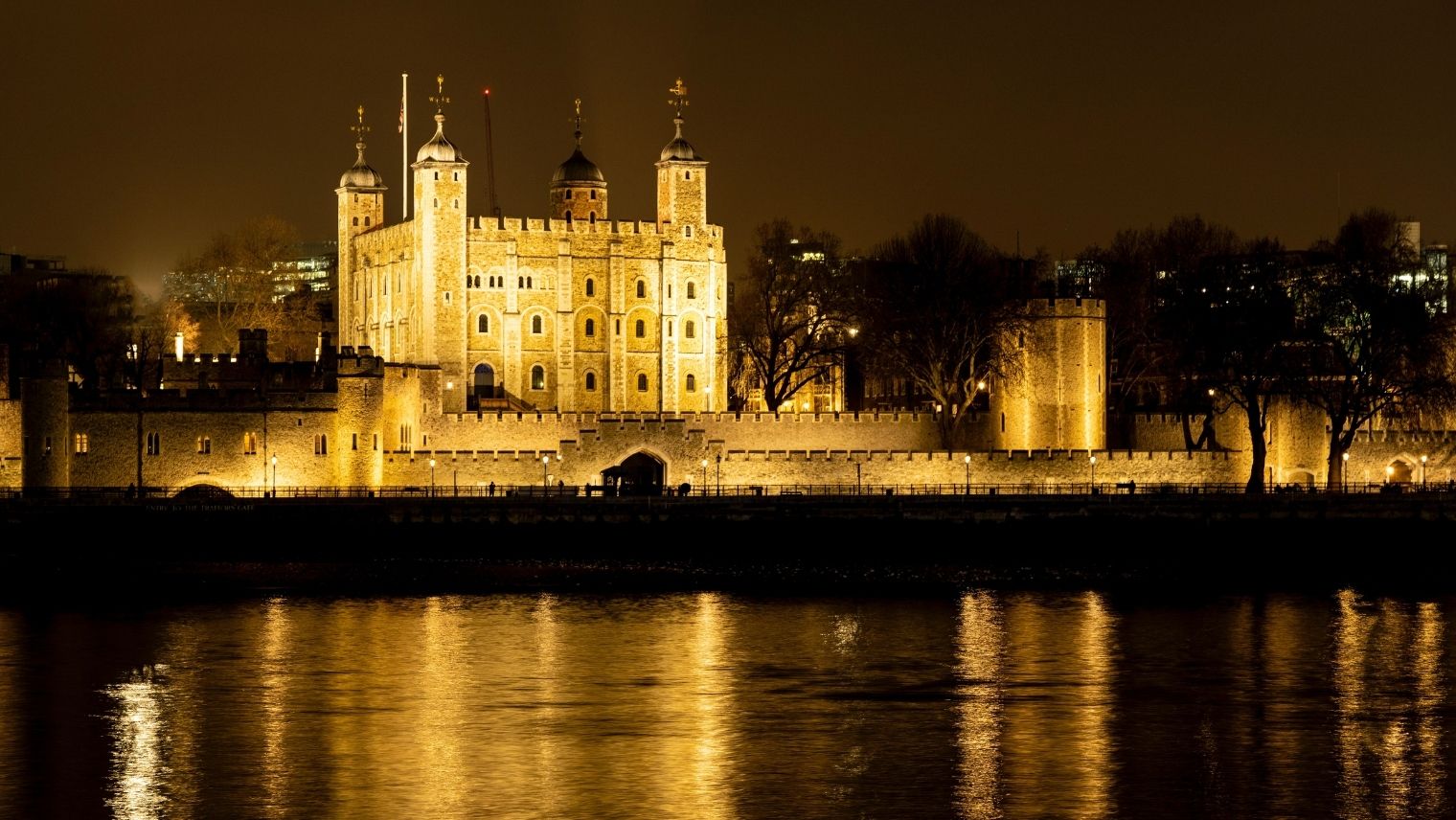 The nearest South Western Railway station to The Tower of London is London Waterloo. From there, the walk will take you around 38 minutes, or you can catch the tube towards Stratford and get off at London Bridge.

You probably know Windsor Castle as one of the current residencies of The Royal Family, but the castle is also a hotspot for paranormal activity. There has been a whopping 25 recorded ghost sightings in total, including famous faces such as Henry VIII, Elizabeth I and Queen Victoria! Windsor Castle is open to the public five days a week and is a pretty popular spot, so book your tickets in advance before heading down this Halloween.

It’s easy to get to Windsor Castle by train. Simply catch the train to either Windsor & Eton Riverside or Windsor & Eton Central, then it’s just few minutes’ walk to the castle from either station.

With a reputation as one of the most haunted sites in Britain, Ham House is a spooky 17th century manor house set on the bank of the River Thames in Ham, London. While undoubtedly beautiful, this manor house wouldn’t look out of place in a horror movie, so it’s no surprise that there have been ghost sightings aplenty. 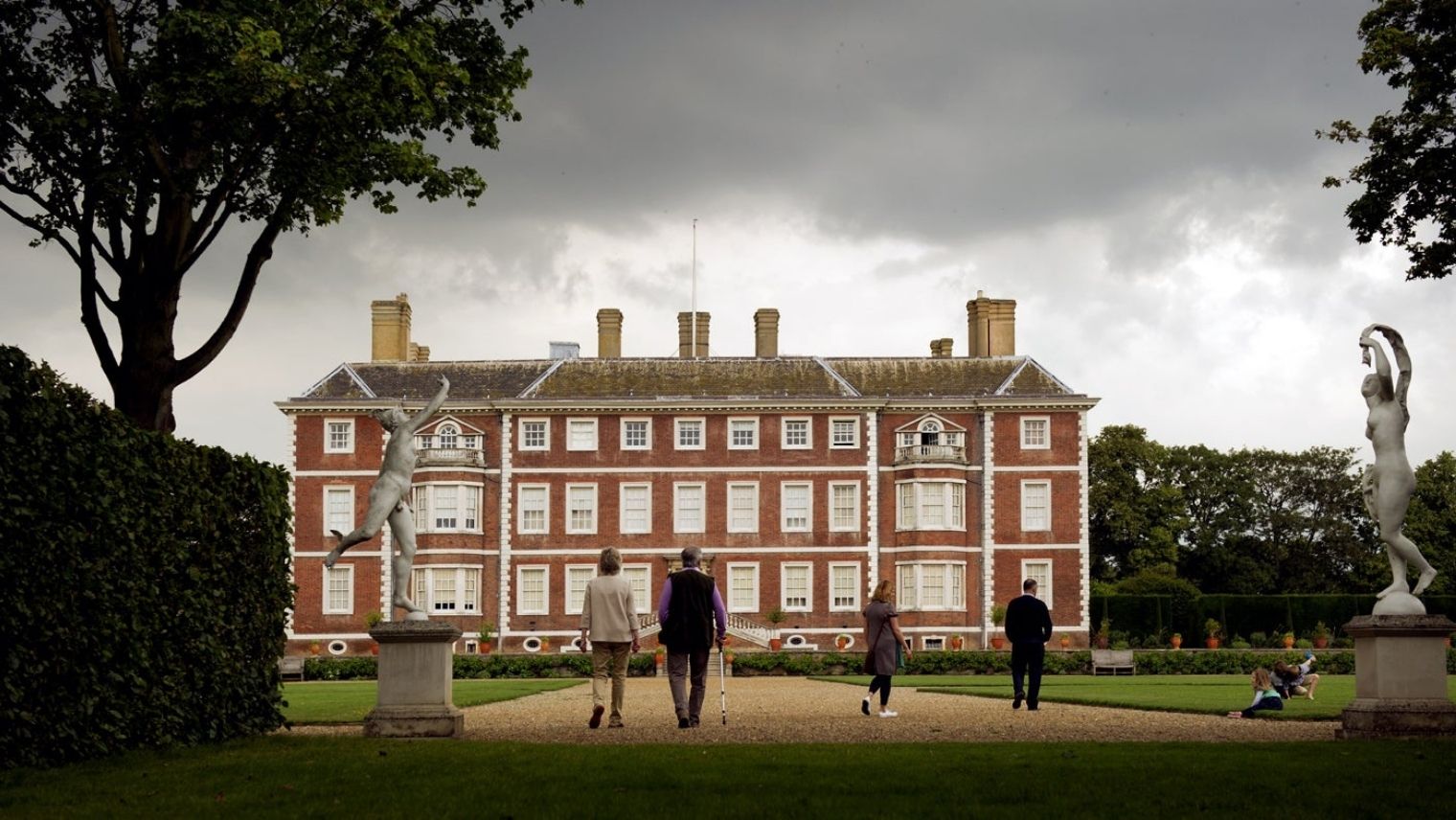 The house is open to be explored between 12 and 4pm Wednesday-Sunday, so gather your friends and pay a visit-- if you’re brave enough. Inside the house, cold spots, the sound of footsteps and even the scent of roses are all indicators of a ghostly presence, which is said to be the restless spirit of Elizabeth Murray, Duchess of Lauderdale.

To get to Ham House, catch the train to Richmond, before hopping on the number 65 or 371 bus to Ham Street, which will take around 15 minutes. From there, it’s a 10-minute walk to Ham House.

Back in 1418, the Round Tower was built to defend the entrance to Portsmouth Harbour, and its rich history has given it quite a creepy reputation. Featuring as one of the main attractions in Portsmouth’s Dark Encounters ghost tour, the Round Tower has had many ghostly sightings over the years. 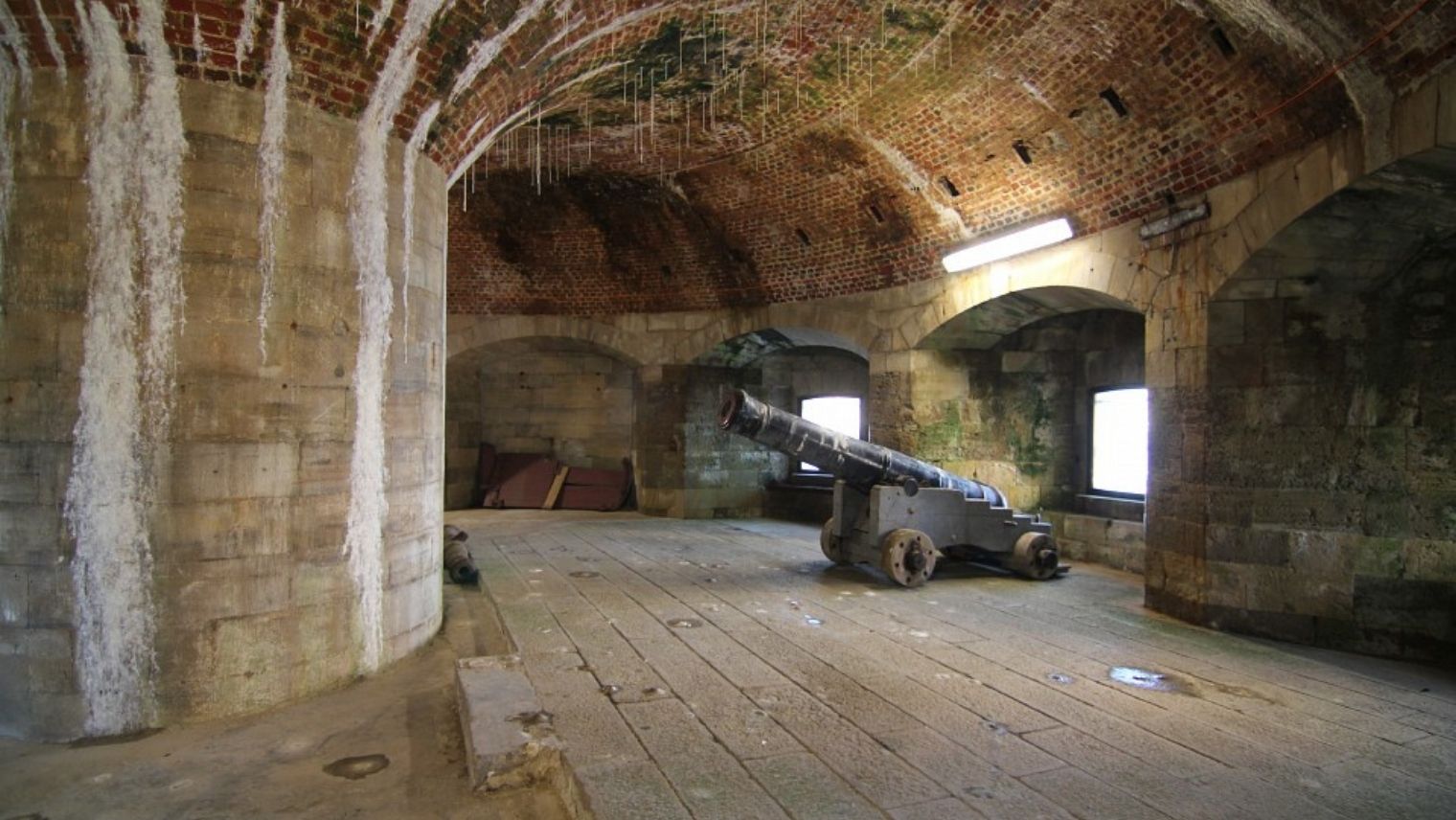 Get to Portsmouth by catching the train to Portsmouth Harbour. Visit the Dark Encounters website to find out where the tour begins.

In true scary castle fashion, Berry Pomeroy Castle in Devon has a gruesome past. Legend has it that the castle was once the home of Margaret Pomeroy, who died after being starved to death by her jealous sister Eleanor, and now remains in the castle as a ghostly occupant. The castle is open 10-5 every day, and from 10-4 on weekends, so you have plenty of time to explore the draughty corridors and learn more about its gruesome past. 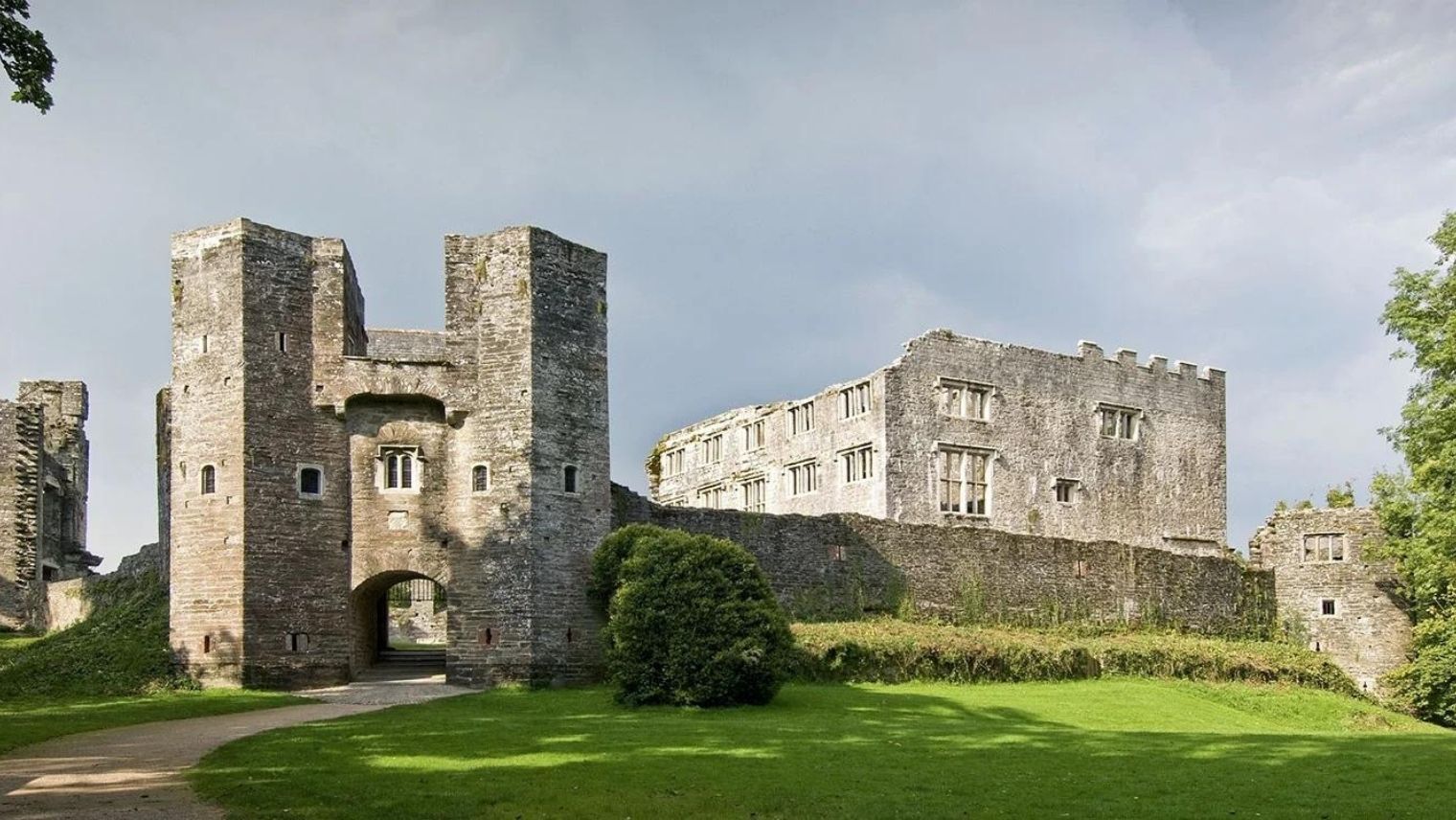 The south west has so many fun and spooky things to do this Halloween, no matter who you’re celebrating with. Take a look at our flexible range of ticket types to find the right one for your journey. Discover cheap train tickets to your chosen Halloween activity by going off-peak, save even more with a Railcard.