Island Line closed until the end of the day // Disruption through Ash Vale - Click for more information - Last updated: 8:38 PM

The most beautiful places in Dorset

The wide, golden sands, sparkling blue waters and views out over the English Channel are just some of the reasons why Dorset attracts 22 million visitors each year. Sheltered behind the 95-mile coastline, part of England’s only natural World Heritage Site, the Jurassic Coast, the county also boasts some of the most beautiful countryside Britain has to offer. Think rolling hills, ancient woodlands and lush meadows.

As a popular staycation destination, Dorset also has a wealth of activities and attractions to keep you entertained. From kayaking and& coasteering to rock-pooling and scuba diving, holidays in Dorset are anything but boring!

In terms of logistics, the county is so well connected that we recommend leaving the car behind. Sound good so far? Read on if you’d like to discover nine of the most beautiful places to visit in Dorset!

A regular feature on Dorset postcards, Durdle Door is a 200-foot limestone arch which towers over the sea. Part of the Jurassic Coast World Heritage Site, this iconic natural sculpture is probably the most famous rock arch in the world. This should be top of your list as it’s arguably one of the most beautiful places in Dorset. 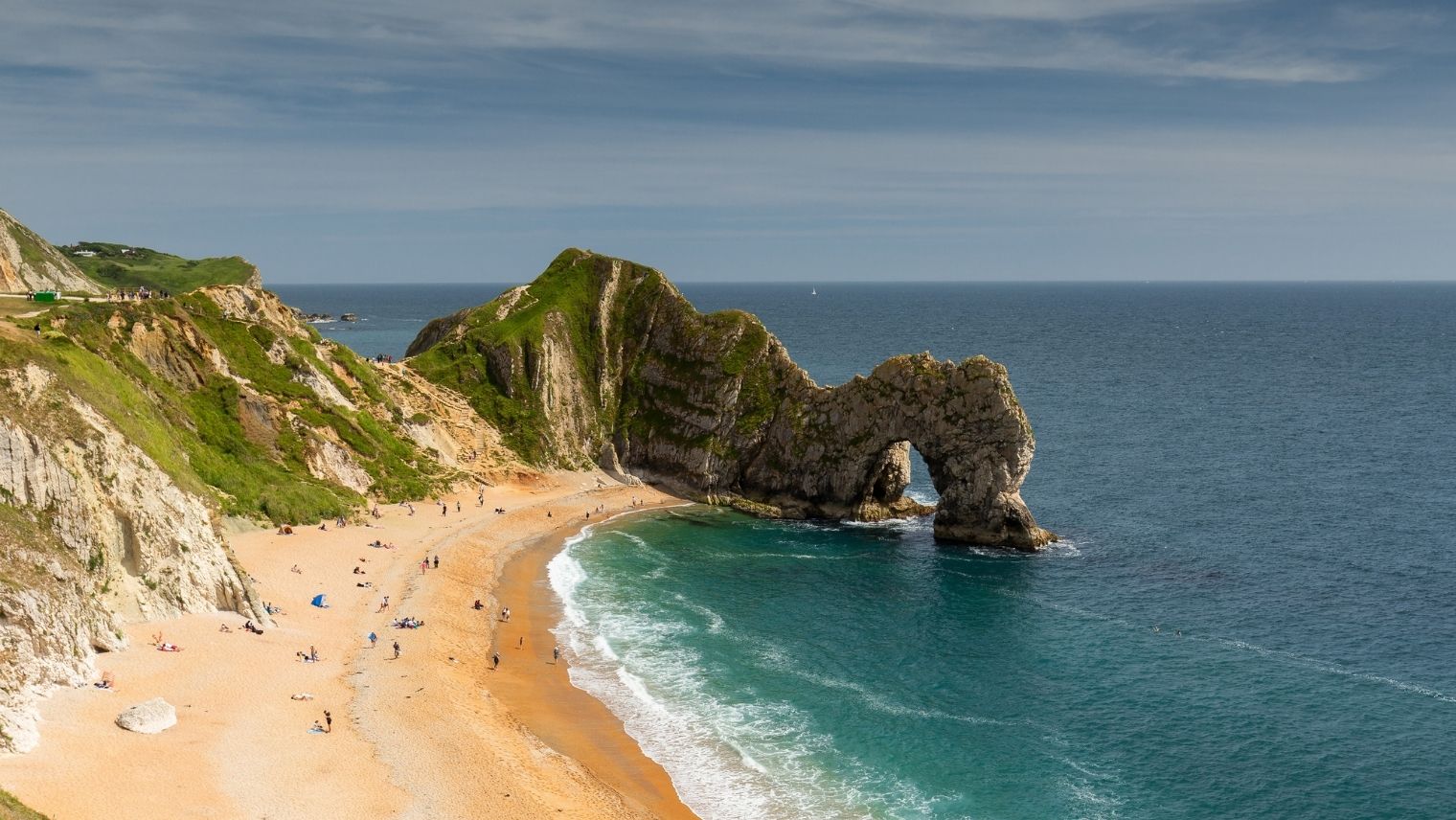 The best view of the arch is from Durdle Door Beach which can be reached via a path from Lulworth Cove or from the car park on the cliff top at Durdle Door Holiday Park. While the walk is only around 20 minutes, it’s steep and uneven in places so make sure you wear trainers or walking boots!

The nearest stations are Weymouth and Wool. From either of these, it’s around half an hour on the X54 bus to the Durdle Door Holiday Park entrance.

Standing majestically on the southern side of Studland Bay is one of the South Coast’s most famous landmarks - Old Harry Rocks. It’s made up of three eye-catching chalk formations which jut out of the English Channel. Old Harry can be visited on foot via two popular Dorset walks – one from Swanage and one from Studland. However, there are kayak tours which can get you even closer. 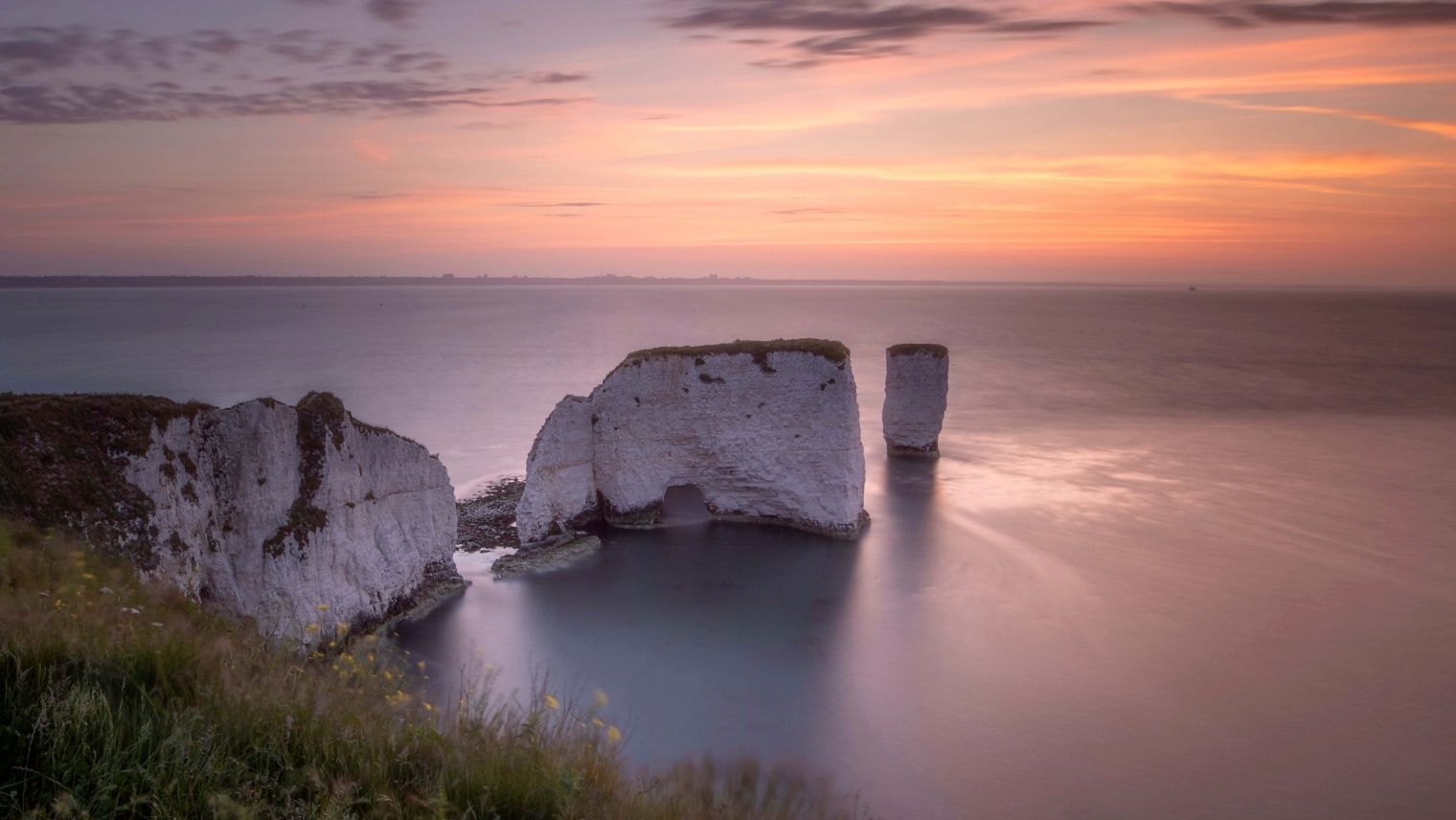 The most convenient station is Wareham. From here catch the number 40 bus which arrives near Old Harry Rocks in around 15 minutes.

Open every day, Lulworth Cove is world famous for its unique geology and landforms. If you’re looking for panoramic views, you can’t beat this sheltered section of the coast, which is nestled in the iconic Dorset cliffs the county is loved for. 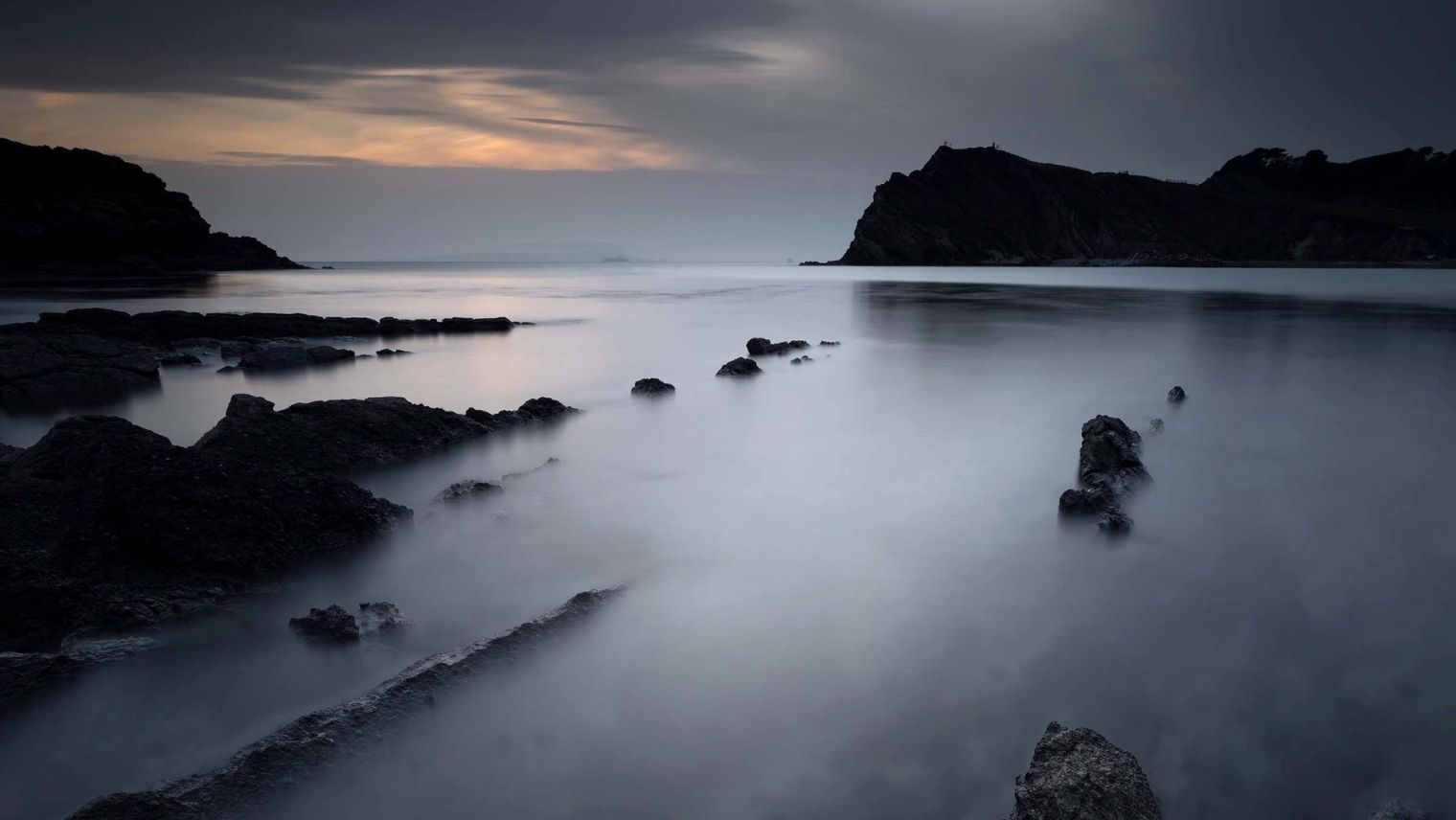 As well as being a fabulous photo opportunity, Lulworth Cove has bags of activities on offer. From walking to water sports and from coasteering to rock-pooling, there’s something for everyone.

The nearest station is Wool, which is just 15 minutes away from the cove on the X54 bus.

If visiting movie spots is your thing, then you may recognise the breath-taking golden cliffs and wide expanse of sand that makes up West Bay - having featured on the ITV whodunit drama, Broadchurch. Even now that the series’ stars, David Tennant and Olivia Colman, have left, West Bay remains one of the best days out in Dorset with a huge array of activities on offer including fossil hunting, scuba diving and even paragliding! It’s also a brilliant starting point for some of the Jurassic Coast’s most beautiful coastal walks. 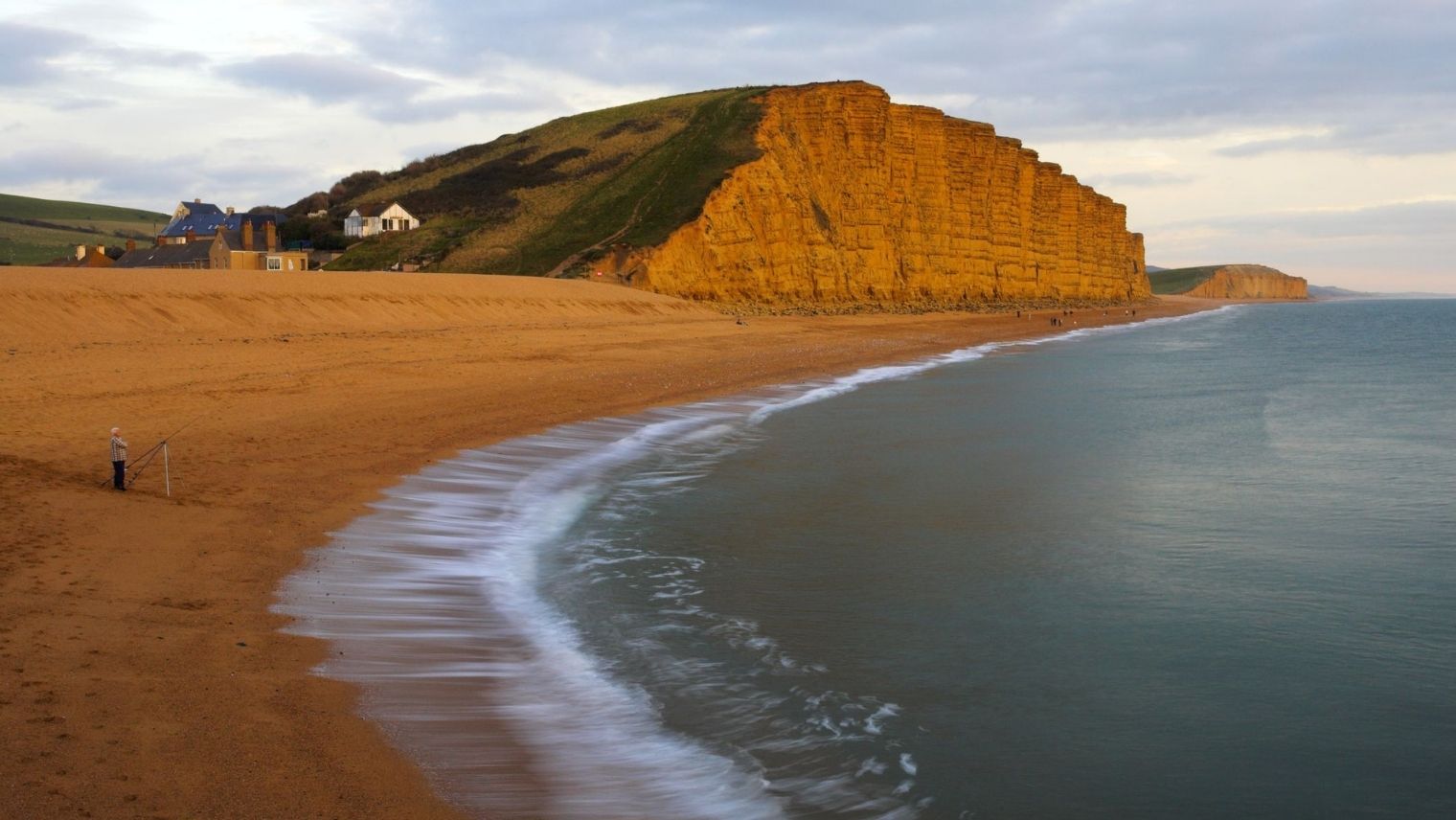 The C1 bus connects West Bay to Axminster station. The journey does take over an hour, but it’s a very scenic, enjoyable route.

Chesil Beach is an 18-mile-long shingle barrier beach stretching from West Bay to Portland. It’s the setting of one of the many classic books set in the south west - Ian McEwan’s Booker Prize-nominated novella - and it’s not hard to see why he chose this scenic spot. 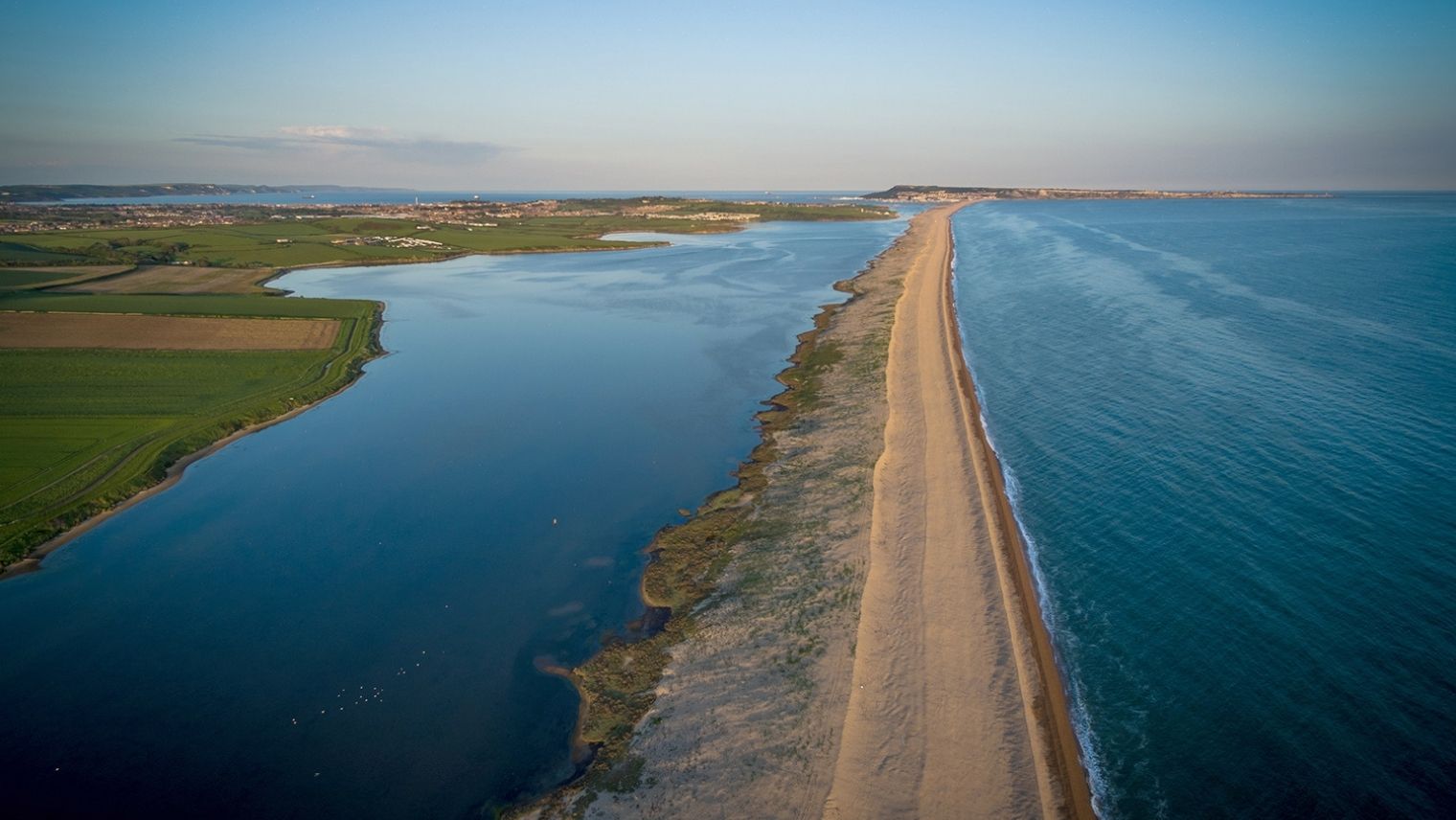 In contrast to some of the other beaches Dorset has to offer, you won’t find stripy deckchairs and pastel coloured beach huts here. Chesil Beach is wild, rugged and beautifully scarred by the violence of the ocean.

The lagoon behind the beach is worth exploring too. It’s a wildlife haven with egrets, common greenshanks and dark-bellied brent geese. In our opinion, the 8-mile Chesil Beach Spit walk, which incorporates both the beach and the lagoon, is one of the best walks in Dorset.

Unfortunately, there’s currently no bus service running to Chesil Beach. So we suggest heading to Weymouth or Dorchester which are both roughly 30 minutes’ taxi journey away.

Kimmeridge Bay is a sheltered rocky bay. While not a sandy beach, it offers spectacular scenery and oodles of marine life. Apart from being a stellar rock pooling spot, it’s fantastic for snorkelling and scuba diving. 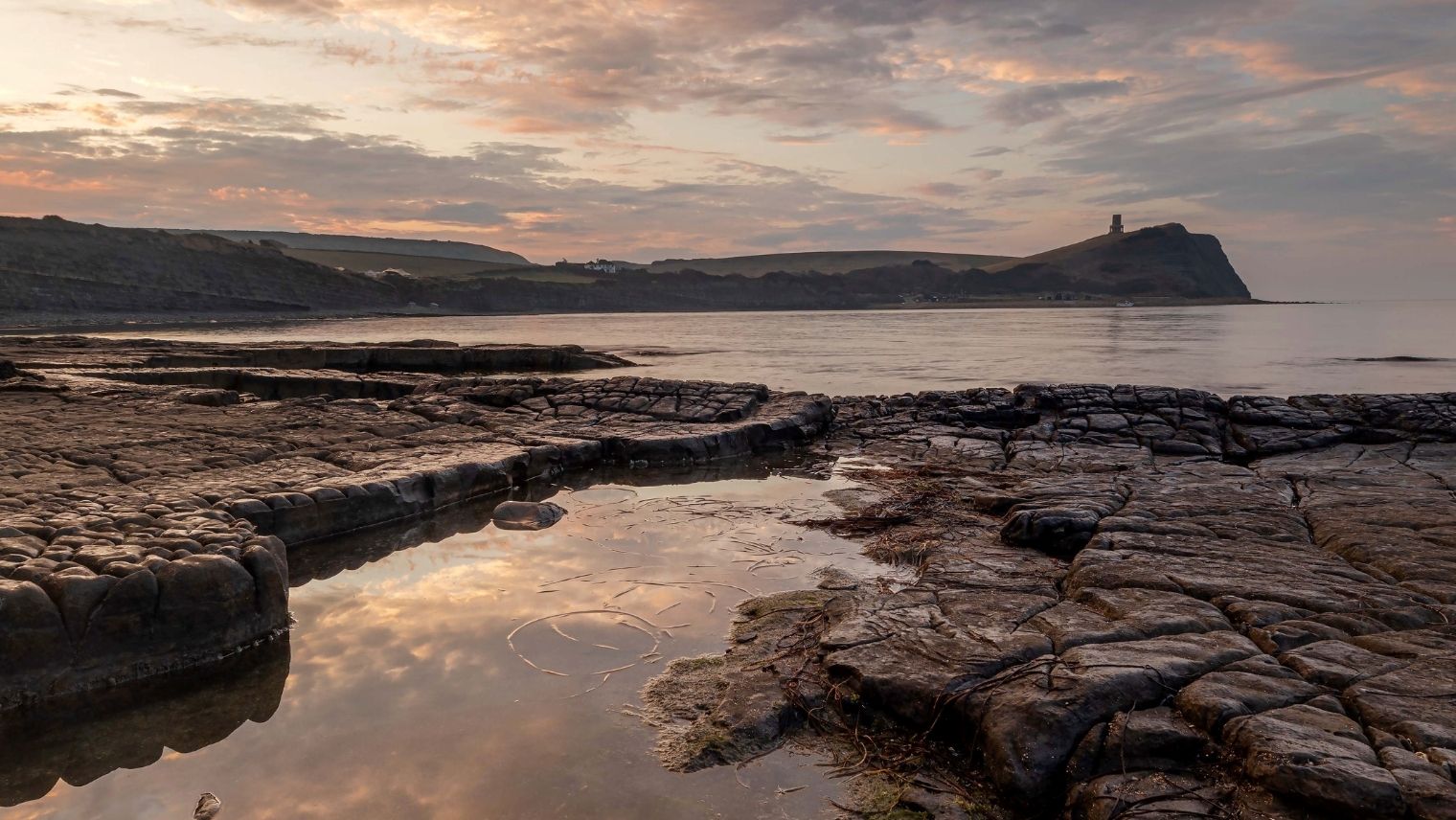 Kimmeridge Bay is accessed via a toll road from Kimmeridge village. The nearest stations are Wool and Wareham - both less than 15 minutes away by taxi.

Named after the Sika Deer that inhabit the area (which you may be lucky enough to spot on your trip), the Sika Trail is a popular two-mile circular walk which winds through Wareham village. An easy stroll through beautiful pine forests and heathland, this short walk is brilliant to do with kids or if you’re trying to squeeze a lot into a brief day out in Dorset. 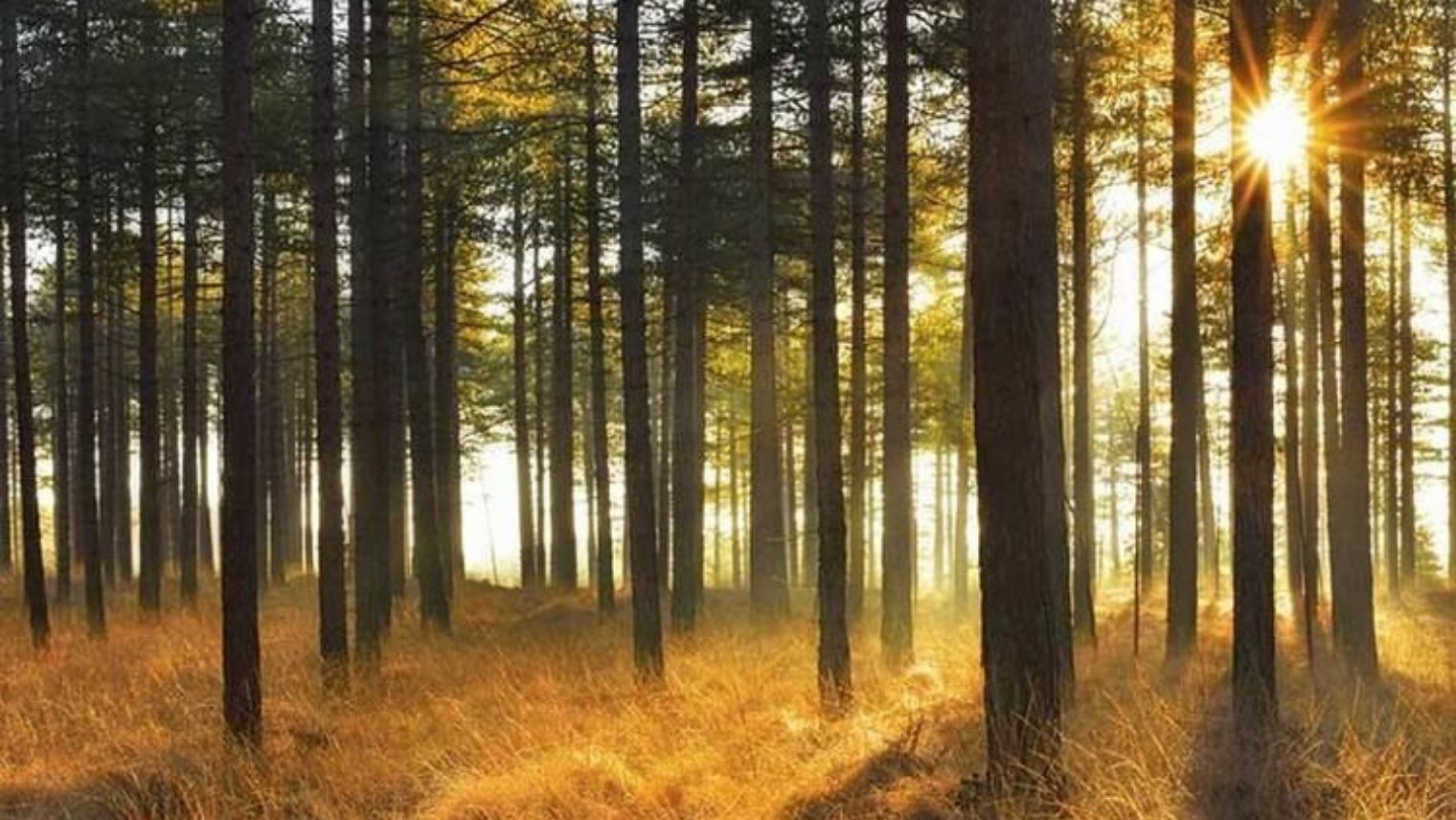 To get here, hop on the train to Wareham which is less than 20 minutes’ walk from the beginning of the trail.

The village of Tyneham was abandoned in 1943 during the Second World War. Although uninhabited, the village remains one of the prettiest villages in Dorset and serves as a wonderful snapshot of 1940’s history. A community frozen in time, it’s easy to see why it’s one of the most popular historical places of interest in Dorset. 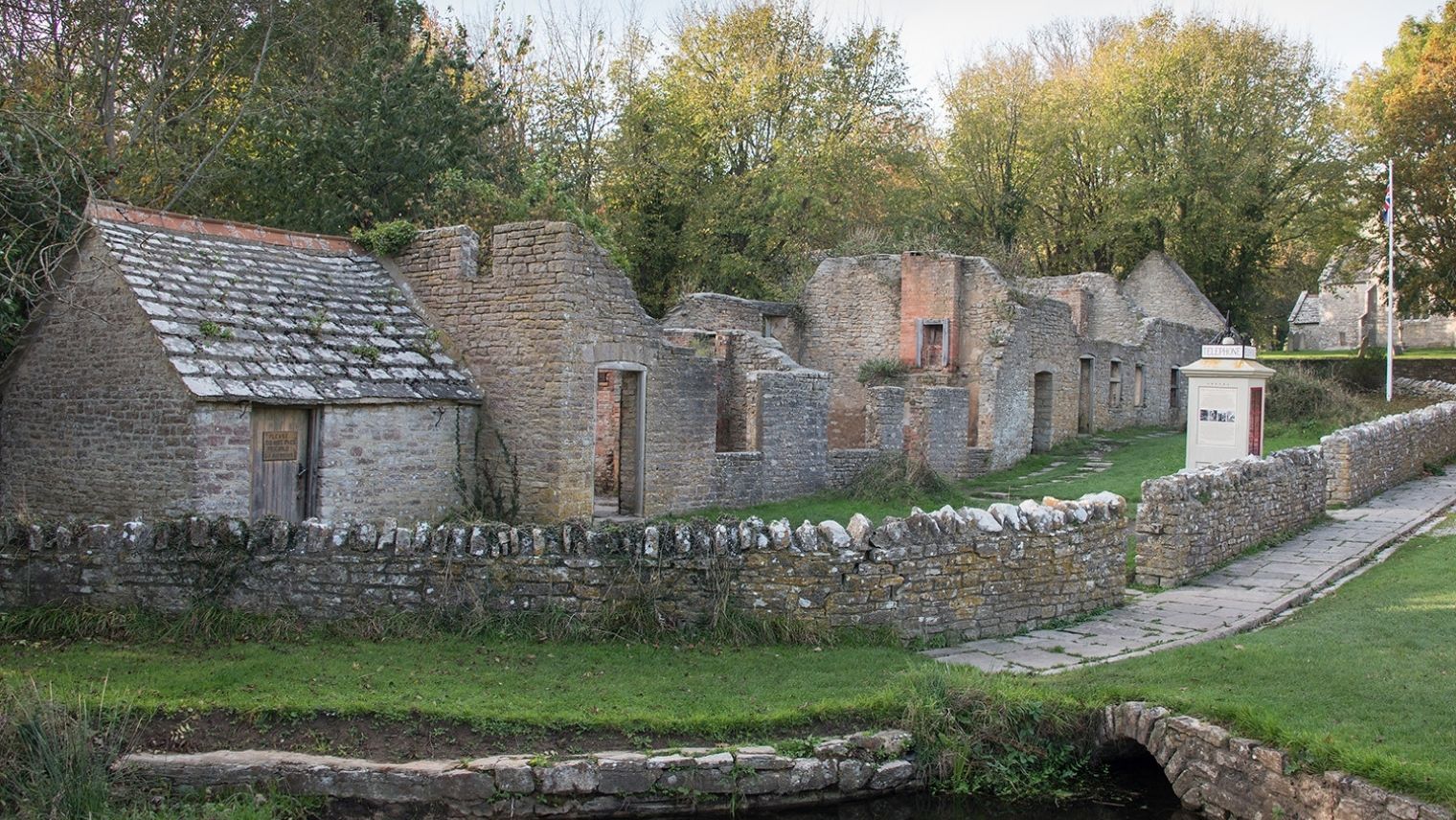 Wool is the nearest station at just 20 minutes’ taxi ride away.

Once home to renowned pioneering fossil collector and palaeontologist Mary Anning, Lyme Regis is a pretty town on the Dorset coastline just on the border with Devon. Today, it is still one of the best places for fossil hunting in Dorset. 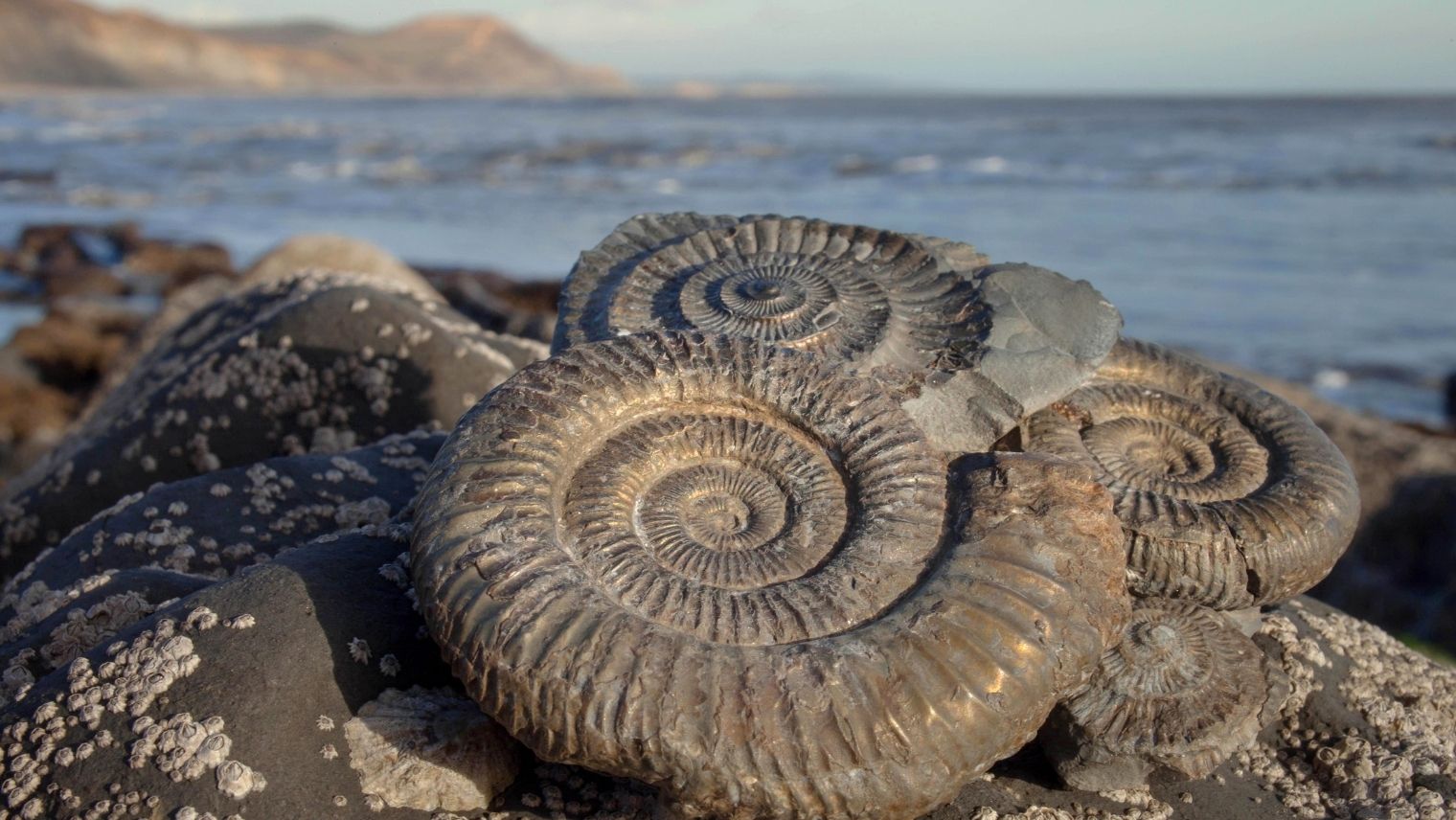 As well as a safe, sandy beach, the town is steeped in history with ancient architecture, fascinating museums and even a mention in the Doomsday Book. It’s also known as a bit of a foodie’s paradise with gastronomic delights aplenty. We have to say the seafood is particularly tasty here.

To get to Lyme Regis, catch the train to Axminster and then take the X51 bus. The journey only takes about 15 minutes.

From the historical town centre of Lyme Regis to the wild nature of Chesil Beach, there really is something for everyone in this beautiful coastal county.

As an added bonus, it’s so easy to get here by train! So why not ditch the car and enjoy the convenience of train travel? As always, we recommend checking out which railcards you’re eligible to use, exploring ticket types and booking early to get the best possible price.