The best places to watch the Great South Run

With the Great South Run just around the corner, it’s time to decide where you’re going to be to cheer on your family and friends running this incredible race. As one of the world’s most famous 10-mile running events, it’s a not-to-be-missed experience for runners and watchers alike.

Fortunately, we’ve got you covered. With both Southsea and the Harbour stations on the route through Portsmouth, it’s easy to get to some of the best viewing spots. So what can you find on the Great South Run route? 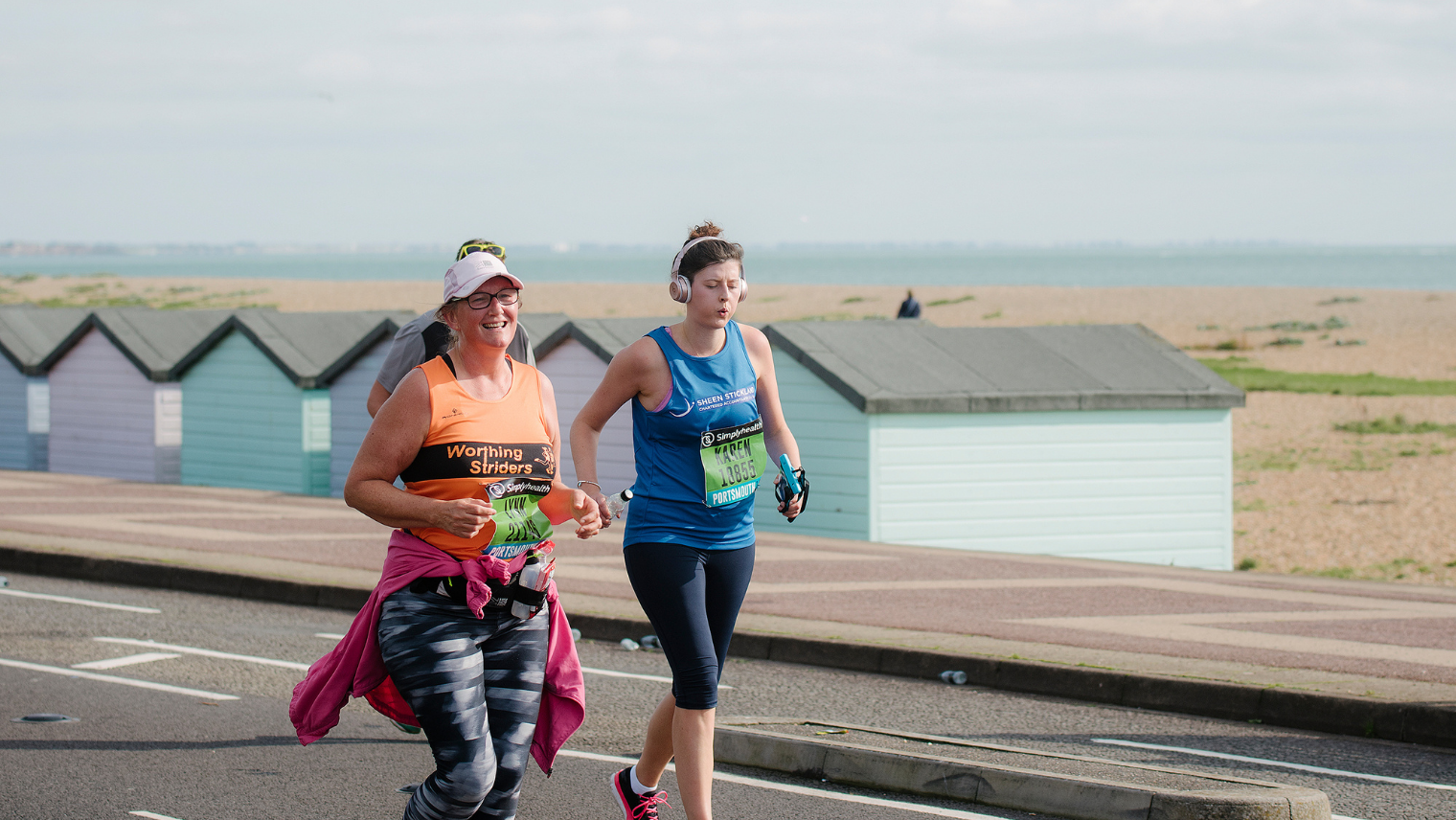 With ten music zones on the route and two charity cheer squads, there’s set to be an amazing atmosphere wherever you go. In particular, keep an eye out for:

Commemorating almost 25,000 sailors that served and died in the First and Second World Wars, this impressive column sits on Southsea Common and looks over the start line for the race. Once the runners get underway, you’ll find the nearby event and charity village as well as the finish line for when the runners come back.

Aside from being just a quick walk from Portsmouth Harbour station, Gunwharf Quays is a great spot to watch the runners while they’re still fresh! It’s also a great spot to grab a bite to eat before and after the race (whether you’re just there to watch or celebrating with a finisher) – and if you want to incorporate a little retail therapy into your day, we’re offering an extra 10% off your shopping there with SWR Rewards.

Portsmouth’s first public park sits on the 3 mile marker and provides a beautiful open space to watch the run. First opened in 1878, you’ll find an aviary complete with peacocks and parrots, as well as a petting area with rabbits and guinea pigs – so there’s plenty to keep everyone entertained.

The final mile takes runners past the spectacular South Parade Pier, which reopened in 2017. Now with events, entertainment, food and drink, it’s a perfect spot to cheer on the runners in the final stretch.

Team up your day at the run with a visit to the museum of the Royal Navy. Watch the runners pass in the shadow of the HMS Warrior, or even from the deck of the world’s most famous ship the HMS Victory. Once it’s all over, head to the Mary Rose Museum to discover the remains of King Henry VIII’s favourite ship, or explore WWII history on board the M.33.

Once the run is completed (and post-shower for the runners!), there’s plenty of spots to go and show off your shiny new medal. Portsmouth has plenty to do for all tastes – from afternoon teas at the top of the Spinnaker Tower to exploring the ship lifted from the bottom of the Solent at the Mary Rose Museum. Make a weekend of it with our 48 hour guide to the UK’s only island city, or check out our destination guide for more things to do.

Want to find out more? To discover everything you need to know about the Great South Run, or to sign up to run, visit greatrun.org/south