Whether you’re looking for historic places in the UK to take your kids on the weekends or during school holidays to ignite their love of history, or you’re on the hunt for historic buildings and sites to satisfy your inner history buff, you’ve come to the right place.

Discover the top five historic cities, towns and villages on the South Western Railway network that are better than just about any history lesson, with the top historic attractions in each destination.

From palaces and gardens to landmarks and monuments, there’s something for everyone.

No list of historical recommendations would be complete without a visit to London - one of the greatest historic cities in the UK. There are historic landmarks around virtually every corner, and here are three of the best.

Westminster Abbey is one of the most famous religious buildings in the world, and it has played an important role in British political, social and cultural affairs for more than 1,000 years. It’s been the site of royal coronations since 1066, so as you stroll through the enormous building, try to imagine the likes of King Henry VIII, Queen Victoria and our very own Queen being in this very same spot! 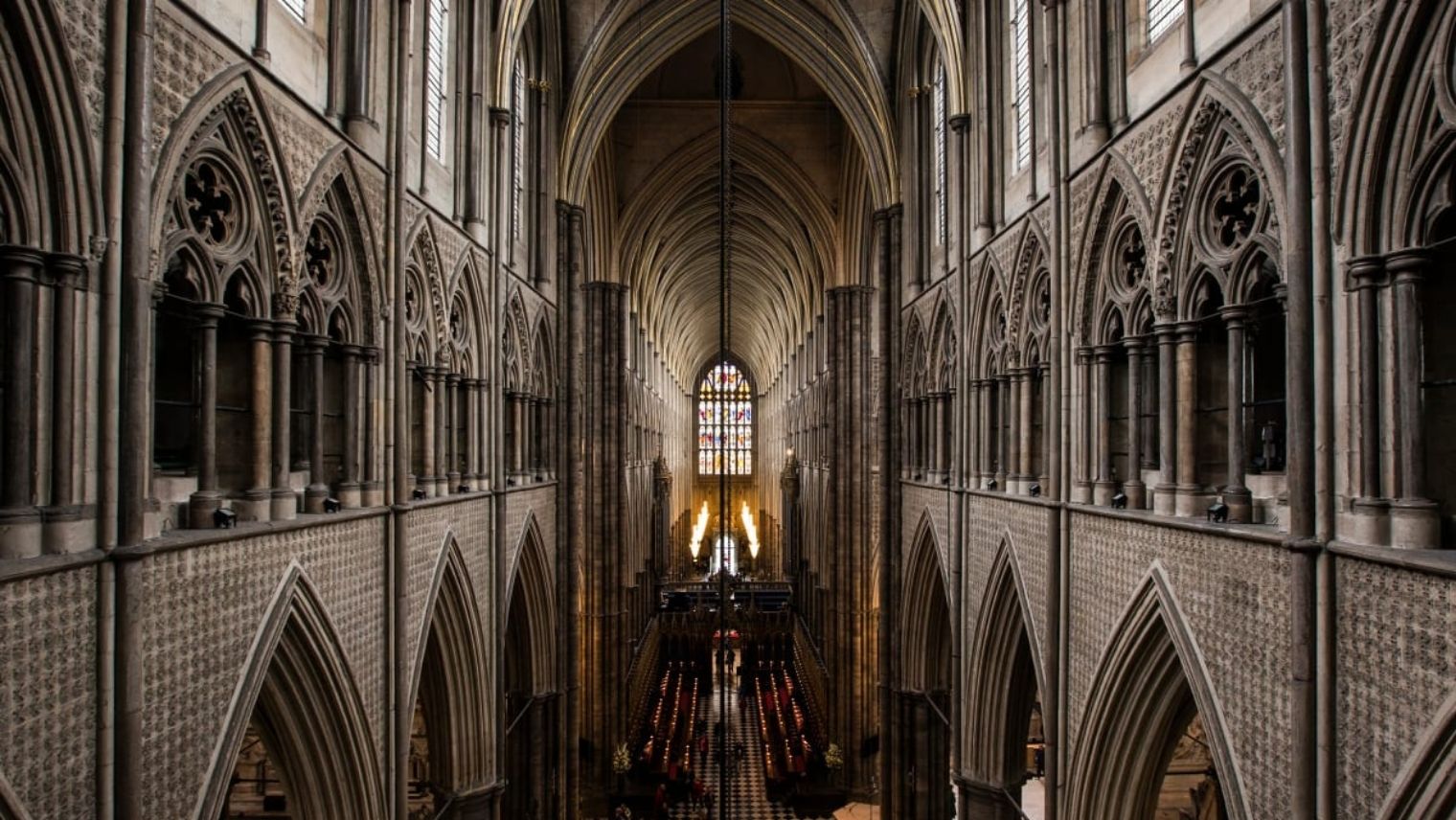 Many famous figures are buried here too – as well as monarchs, many legendary writers and artists are buried beneath the Abbey’s floors. Walk through Poets’ Corner and see how many historical figures you can spot – keep an eye out for Jane Austen, William Shakespeare, Charles Dickens and many more iconic names.

The nearest station is London Waterloo, which is just a 15-minute walk away across the river.

Arguably London's most famous landmark, this magnificent clock tower rises spectacularly above the Houses of Parliament. ‘Big Ben’ is actually the name of the bell housed inside the tower, but the name is typically used in reference to the entire tower. 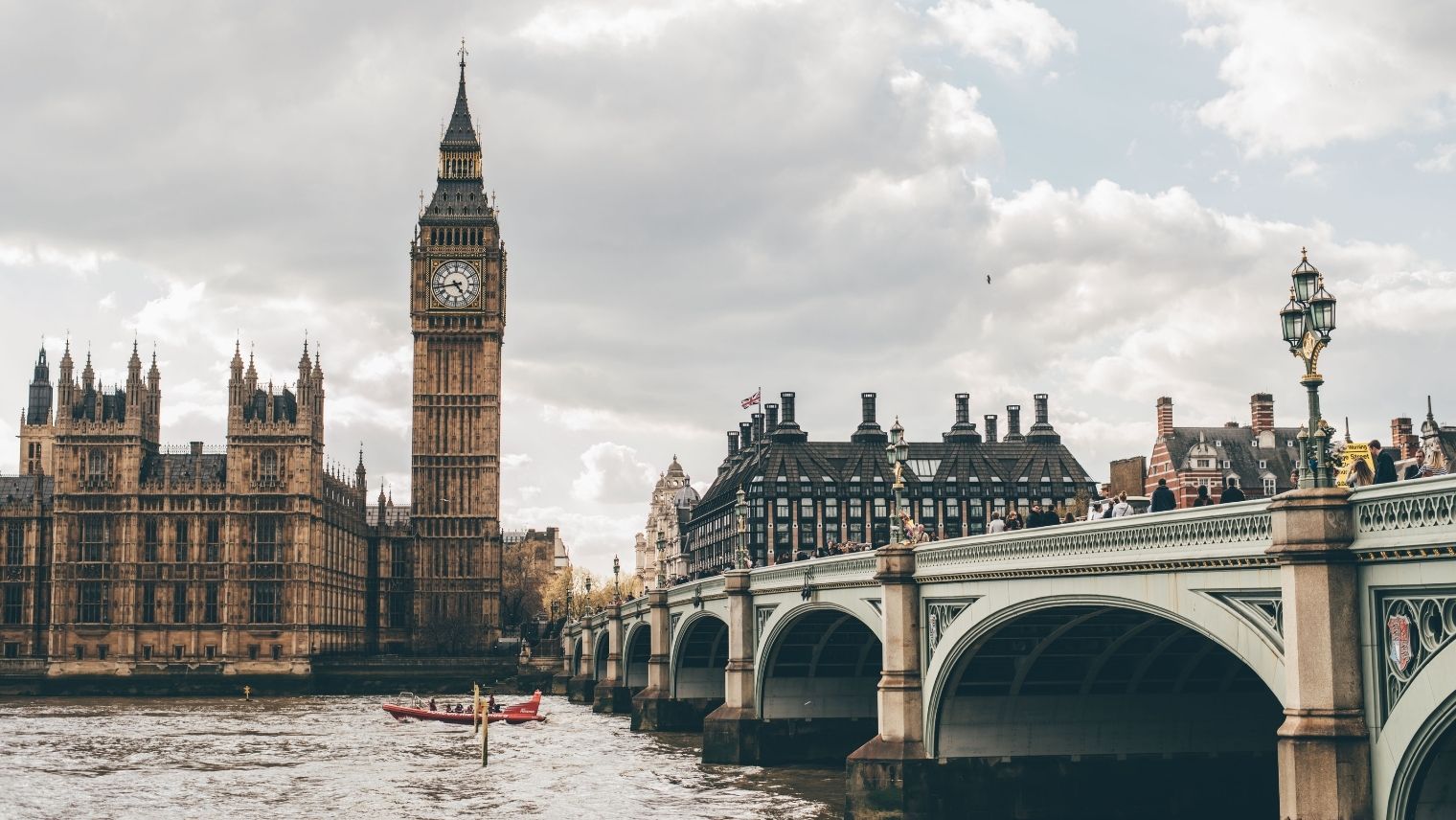 Big Ben and the Houses of Parliament are absolutely bursting with history, from Guy Fawkes’ gunpowder plot to the site of the oldest democracy in the world. Think of all the important decisions that have been made here over the past millennium!

London Waterloo is the nearest station to Big Ben, and this legendary clock tower is right next to Westminster Abbey so why not pay a visit to both in the same trip?

Step back in time to the sixteenth century and discover the magnificence of Henry VIII's favourite royal residence. Admire the grandeur of Henry’s State Rooms, explore the Tudor kitchens where lavish feasts would’ve been prepared and stroll in awe through the 60 acres of magnificent gardens. 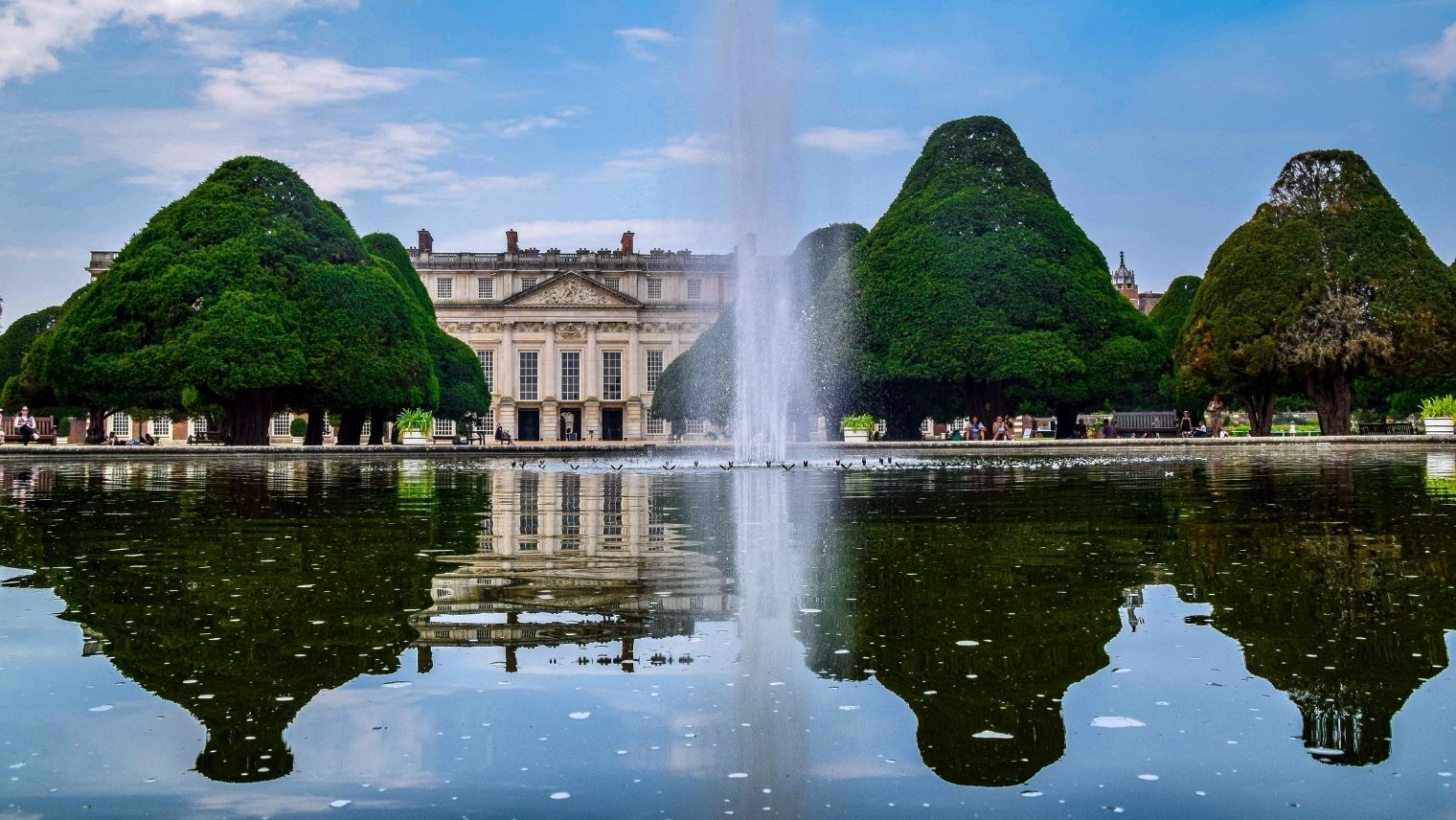 What’s better than a trip to historic palace? A trip to two! Explore the Baroque Palace while you’re there and find out the juicy gossip of the time...

The nearest station is Hampton Court. It’s just a 10-minute walk away, so you’ll be getting more familiar with one of the nation’s most infamous monarchs in no time.

It might be famed for its Norman castle ruins (more on that shortly), but Corfe Castle village in Dorset is even older than the castle itself! There’s evidence of civilisation dating back to 6000 BC, with the Celtics, Romans, Vikings, Saxons and Normans all setting up base here over the millennia. A trip to this village makes for the perfect historical day out, and here are three places you shouldn’t miss.

Corfe Castle dates back more than 1,000 years and is one of the most iconic remnants of the English Civil War. It was strategically built to guard the main route through the Purbeck Hills to the rest of England, and it has a particularly colourful history that is well worth exploring. It’s been a treasury, a military garrison, a royal residence and a family home, and it survived two sieges before being destroyed by a traitor after six centuries of keeping enemies at bay. 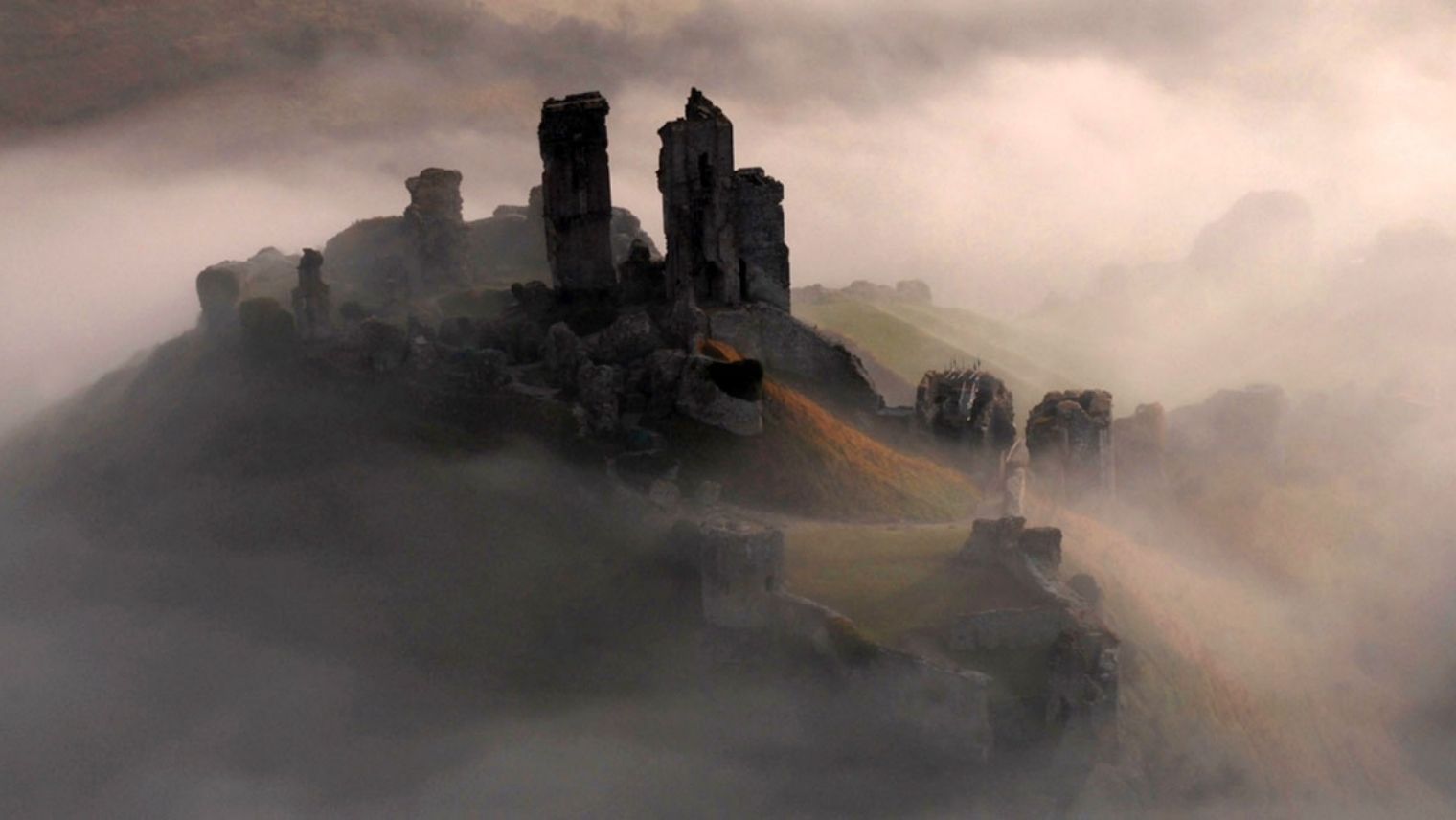 Discover more about its sordid past by catching a train to Wareham, followed by a 15-minute ride on the number 40 bus.

Much of Corfe Castle and the ancient village was destroyed by Cromwell’s troops during the Civil War, but that doesn’t mean you can’t still get a feel for what it would’ve been like in its heyday. At Corfe Castle Model Village you can step back in time to the year 1646 and see Corfe’s castle and ancient village laid out in front of you just as it would have been back then!

Get here by taking the train to Wareham then catching the number 40 bus, and combine it with a visit to the castle for the full historical experience.

Even after visiting the castle and the model village, there’s still more to discover. Fill in any gaps in your knowledge at the two free museums in Corfe Castle village: Corfe Castle Town Trust Museum and Purbeck Mineral and Mining Museum. Enjoy a short but sweet educational visit to round off your day in the area.

When it comes to the best historic cities in the UK, Exeter is certainly up there. The Devonshire city’s history is long and rich, pre-dating even the arrival of the Romans! Here are some of its finest historic sites and experiences.

With amazing Gothic architecture and a history dating back almost 1000 years, step inside Exeter’s breath-taking cathedral and prepare to be blown away by the grandeur, splendour and wonder of this historic building. Wander at your own pace or book on to a guided tour for an entertaining history lesson. 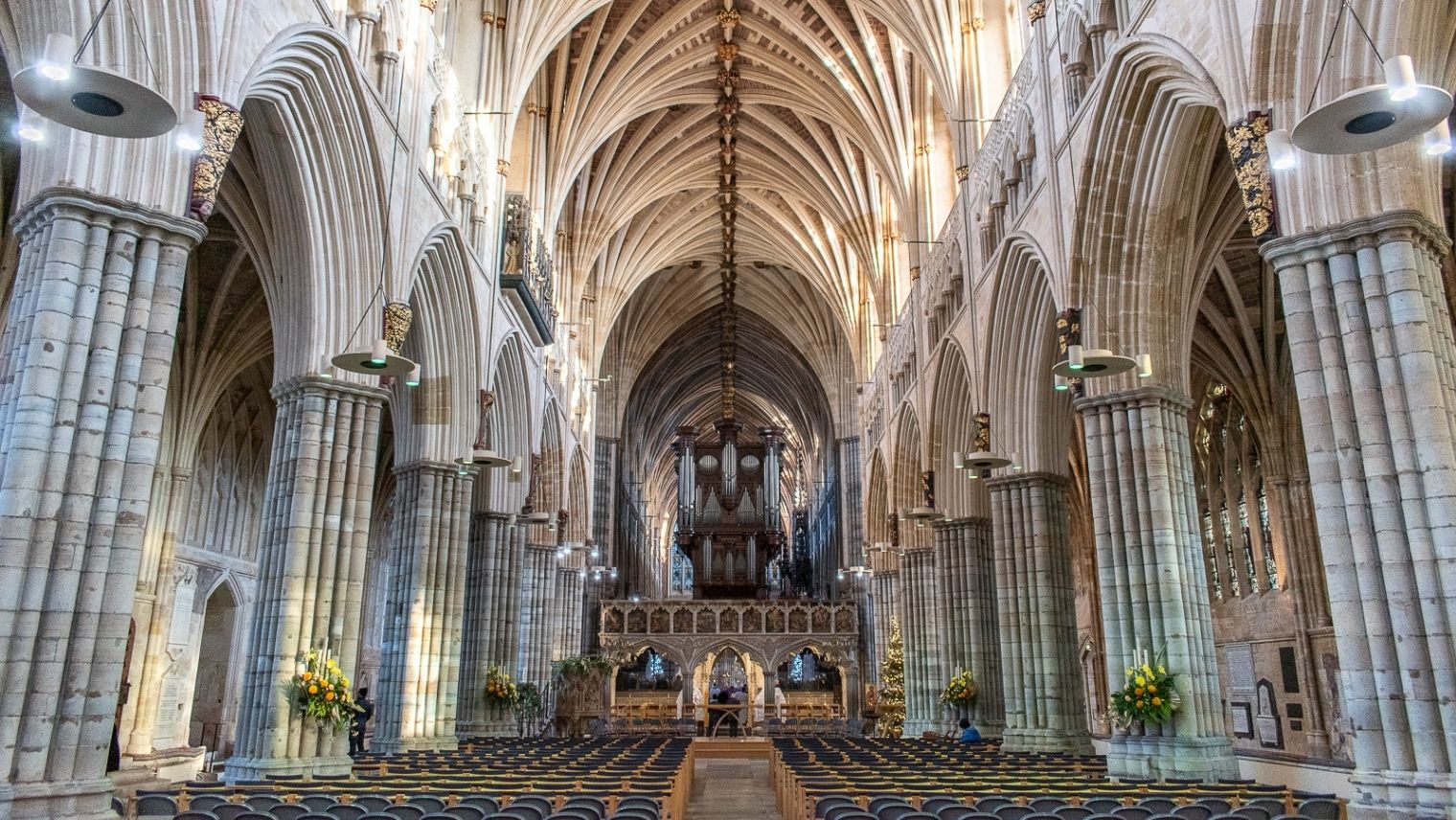 Catch a train to Exeter Central, then it’s a nine-minute walk to the cathedral.

Brush up on your global history with a visit to Exeter's world-class museum. Home to more than a million extraordinary objects from all over the world, plus a collection focused on the history of Exeter and the surrounding area, you're guaranteed to leave feeling significantly wiser! 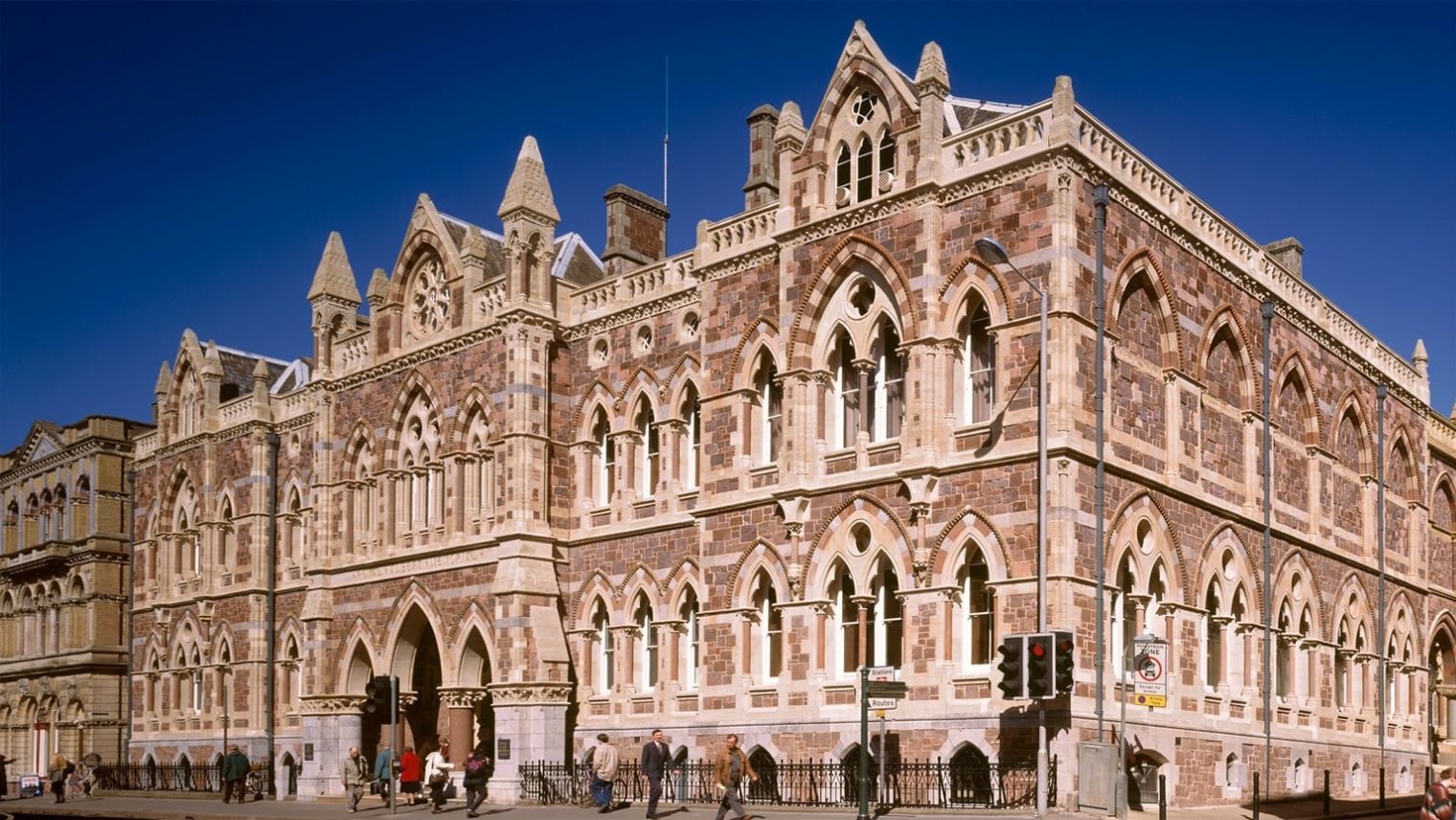 The Royal Albert Memorial Museum is less than a minute away from Exeter Central.

Set off on a fascinating walk around Exeter’s city wall. The oldest parts date back almost 2000 years, and around 70% still exists today! Over the years, the wall has repelled rebellions and been the scene for many civic ceremonies and celebrations, as well as some more ominous occasions. The trail is just over 4km long, and along the way you’ll find information panels at strategic points with interesting snippets for you to digest. If you’ve got kids in tow, bring paper and pencils as there are quizzes and puzzles for them to tackle en route.

The starting point is Little Castle Street, which is a six-minute walk from Exeter Central.

The medieval cathedral city of Salisbury, in Wiltshire, has a rich history and is the perfect destination for any history buff.

A trip to Salisbury wouldn’t be complete without a visit to Stonehenge. This 5,000-year-old World Heritage Site is probably the most famous prehistoric monument in Europe, largely thanks to its iconic mythology. How this historic landmark came to be is a mystery, so pay a visit to the Stone Circle yourself to uncover the theories and form your own! Download an audio tour on your phone to get the best possible history lesson, and pay a visit to the Exhibition Centre too to find out even more about the myths and legends. 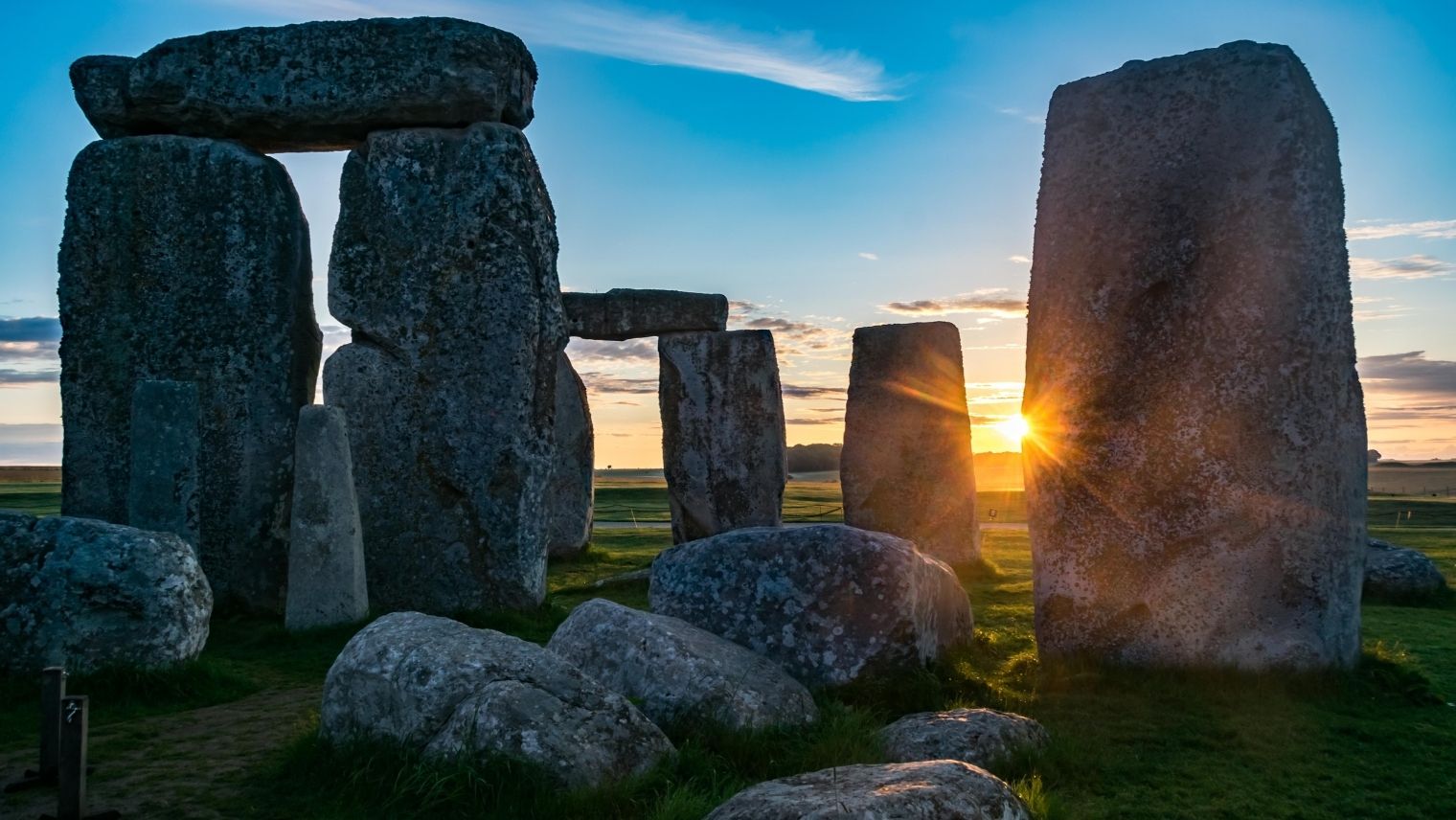 From Salisbury station, Stonehenge is just 35 minutes away on the Stonehenge Tour bus.

Regarded as one of the leading examples of Early English Gothic architecture, Salisbury Cathedral is a sight to behold! Its spire has been the tallest church spire in the UK since 1561 – book a ‘Tower Tour’ to get up close and personal with the interior of the spire and its ancient wooden scaffolding (and as an added bonus you’ll enjoy incredible views of the city). As well as the ancient architecture, your history lesson spans the realms of law and justice too, as this historic building is home to one of the four remaining copies of the original Magna Carta. 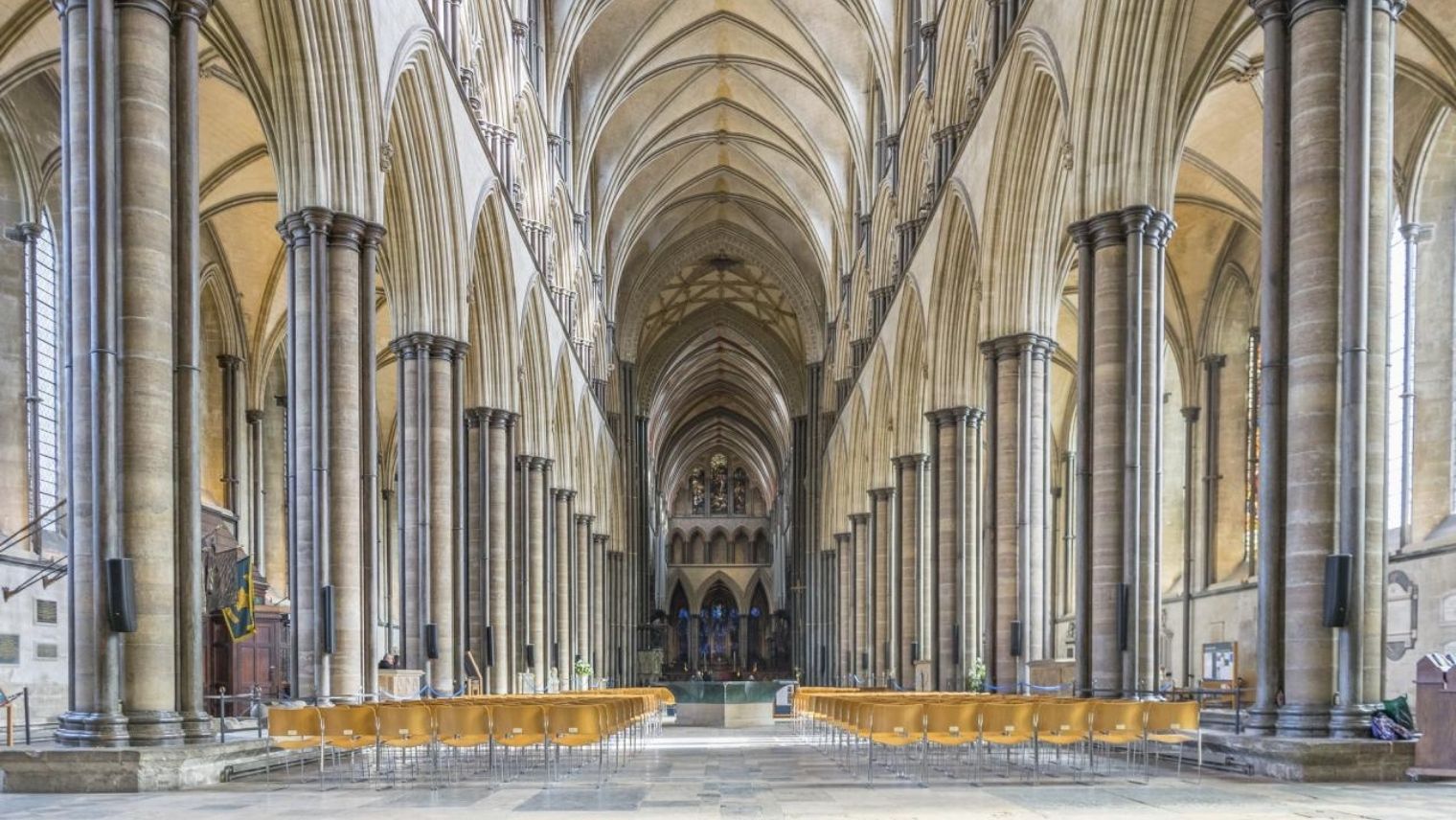 This majestic cathedral is a 14-minute walk from Salisbury station.

Ready to embark on a historical day out that is better than just about any history lesson? Book your train tickets to any of these destinations with South Western Railway. Explore our range of ticket types to find the best one for your journey, and save even more with a Railcard.