A festival overlooking the sparkling blue sea in the height of summer sounds like bliss, so it’s no surprise Victorious has gone from strength to strength since it started in 2013. Attracting families to the memorable surroundings of The Common and Castle Field in Portsmouth’s Southsea, Victorious has a brilliantly broad mix of music. Everyone from Dizzie Rascal to Noel Gallagher and Ray Davies has headlined here over the years, but it’s not all about the tunes. There are market stalls, a real ale village, a traditional circus and a Kids’ Arena – one of the many reasons Victorious has been a multiple finalist for ‘best family festival’ in the UK Festival awards.

How to get here

Getting to Victorious Festival by train is easy. It’s held on The Common and Castle Field in Southsea, Portsmouth, which is about a 25 minute walk from both Portsmouth Harbour station and Portsmouth & Southsea station. The latter is a better bet for regular buses and taxis to the festival site.

Victorious is a great festival if you want to dip your toe into the unique atmosphere of a summer festival without necessarily worrying about bringing a tent. There’s no camping on Southsea seafront, and you buy individual tickets for the three days, which finish up at 11pm.

Still, if you do want to make an outdoor weekend of it, then there’s a shuttle bus to an official campsite at Portsdown, where you can relax and perhaps look forward to 2019’s Friday headliners Two Door Cinema Club or the drum and bass stylings of Rudimental headlining Saturday. Sunday's headliner is the respected rock band New Order. Electronic sounds are provided by Clean Bandit and Basement Jaxx, while children will be blown away by the presence of Peppa Pig, Octonauts and Mr Bloom in the Kids’ Arena.

Victorious offers free entry to the seafront attractions too, including the D-Day Museum, Southsea Castle and Southsea Skate Park, which means a day at this wonderfully thought out festival genuinely has something for everyone. 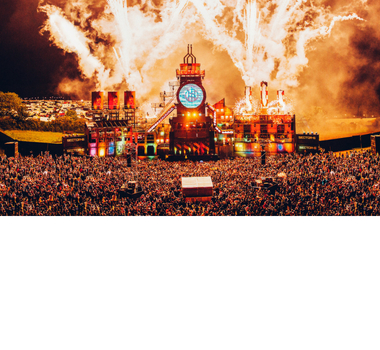 Our tips to make your festival trip go smoothly