‘Beating Air Pollution’, this year’s theme, is critical to the well-being of the planet and the lives of the customers SWR serves. Globally, air pollution is dangerously high in many parts of the world. Data from WHO (World Health Organisation) shows nine in ten people breathe in polluted air worldwide, causing 7 million deaths every year. In the UK, it is reported that poor air quality sees 36,000 deaths per year, including 9,000 in London alone.

Transport is the UK’s largest sector emitter of greenhouse gases, accounting for around 28% of total emissions. While rail emissions may be relatively minor (less than 1%), the industry can still play an important role in improving local air quality - which is recognised as a significant public health issue - and as an alternative, greener option for customers travelling for work, business or leisure.

As a rail operator, SWR takes its environmental responsibilities seriously, and has introduced new policies and technology to improve air quality on its network.

SWR is working with Poterbrook, a rolling stock asset management company, and Eminox, exhaust manufacturer, to trial a new type of train catalyst that aims to reduce diesel particulate emissions by 80%. The device is being trialled on one of SWR's London bound trains.

This trial is also a part of the Department for Transport’s Innovate UK programme and is the 'first-of-a kind' to be awarded. It’s hoped the catalyst will be deployed on more routes across the network, if it proves successful. 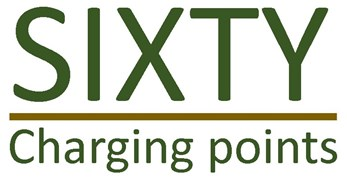 These trickle-charge points will help reduce local air pollution from cars by supporting SWR's customers in making more sustainable and environmentally friendly travel choices. These charging points are designed for the current generation of electric vehicles but are capable of handling higher electrical currents for future developments in the market.

SWR is making its operations more energy efficient, and contributing to a modern, healthier railway, by reducing the amount of electricity needed to serve and move customers around its network.

Great strides have already been made to improve energy efficiency over the last 12 months. SWR’s overall energy usage from buildings and infrastructure has declined by 11% and overall trains emissions have been reduced by a third (compared to the 2015/16).

SWR is also looking ahead: it's deploying more energy efficiency technology, such as LED lightning and solar photovoltaics, to reduce long-term energy consumption, and is looking to increase the amount of renewable energy that supports its operations. 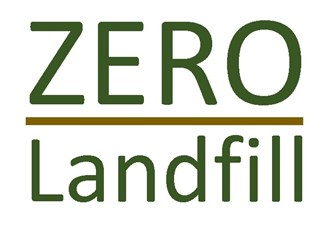 Waste is another significant contributor to air pollution. Since August 2017, SWR has worked tirelessly with SWRNewstar, a waste management company, to deliver an industry leading recycling programme.

SWR has sent zero waste to landfill in 2018 and 2019. More is being recycled than ever before as 4,000 tonnes of waste is now being directed to recycling centres rather than land-fill sites. In total, SWR has prevented 702 tonnes of carbon emissions being released into the atmosphere because of these policies.

These great strides in becoming greener and more environmental conscious has led SWR to win the Gold Green Apple award for Environmental Excellence, and to become finalists at the National Recycling Awards for Recycling Excellence.

“As a business, it is important that we not only understand, but take action to reduce air pollution from our operations.

“We are proud to support the UN's World Environment Day and are committed to 'Beating Air Pollution'.”