Service summary ahead of RMT strikes and statement from SWR 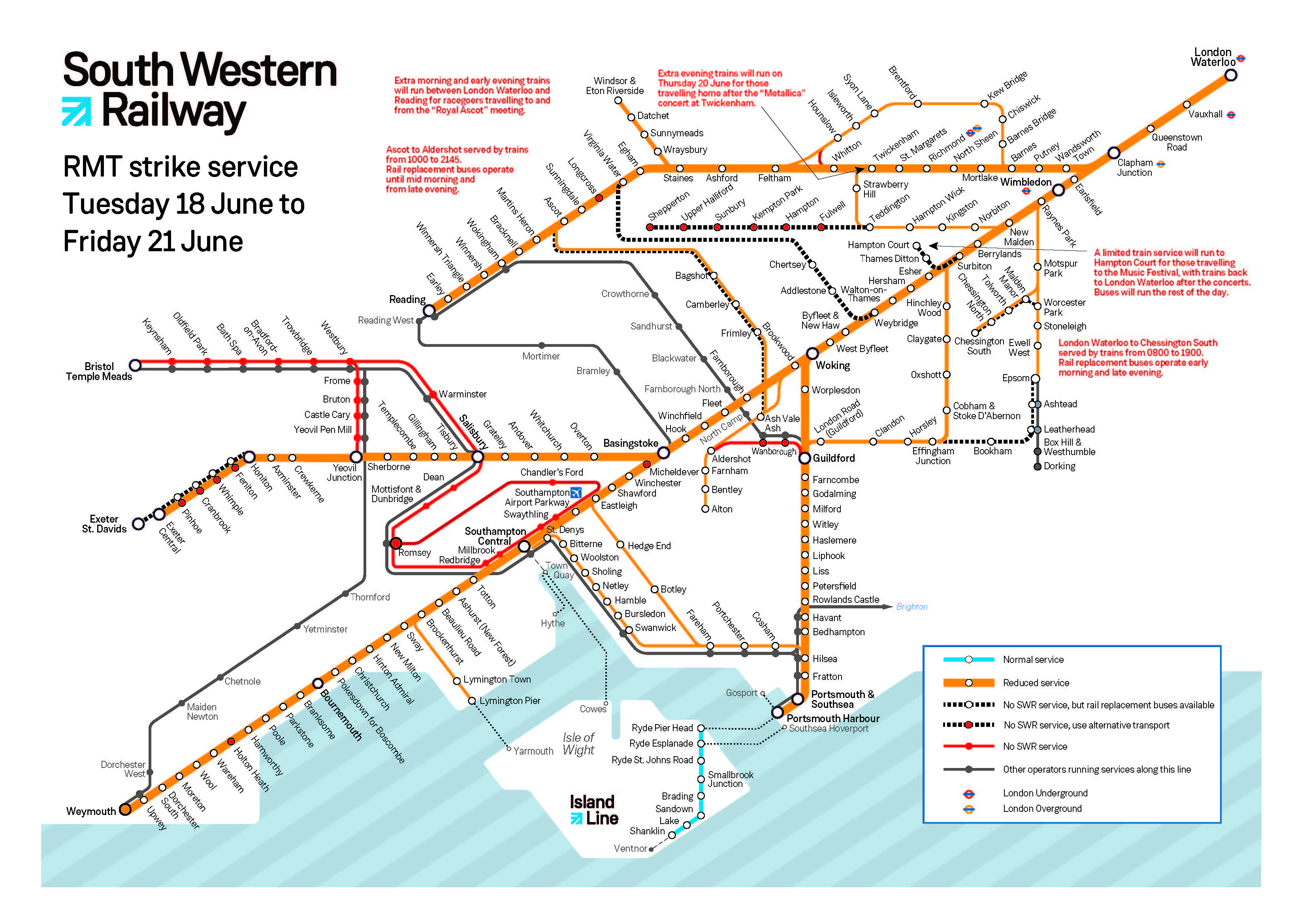 A South Western Railway spokesperson said:
"It’s very disappointing that despite having had dates in the diary for what we hoped would be further constructive talks, the RMT union decided to call disruptive strike action over the course of five days. Only this week, we met with the union and agreed to arrange new dates to get around the table and continue those talks. However, they seem insistent on going ahead with their unnecessary strike next week which will impact our customers and colleagues alike. Clearly, they have decided to target popular events such as Royal Ascot with this cynical action which is driven by internal RMT politics.

"The RMT has always said it wanted us to keep the guard on every train which is what we have offered as part of a framework agreement. We want to move the conversation on to how we operate our new trains and take advantage of the new technology on board to benefit our customers. We remain committed to finding a solution that will help us build a better railway for everyone. We will do everything we can to keep customers moving during these strikes but would like to apologise for the disruption this unnecessary action will cause.

"Passengers are strongly advised to plan their travel in advance as services are likely to be busier than usual because of the strike action. Rail replacement services and ticket acceptance on other bus and rail networks have been organised where possible, whilst fans attending events at Twickenham, Hampton Court, Royal Ascot, and elsewhere, are advised to allow extra time for their travel.

"Customers will be able to see amendments to their train services, including additional main line peak-time services over and above what has been previously announced, live on our website: southwesternrailway.com/rmtstrike. Journey planning systems are expected to reflect the current and additional services by tomorrow morning." 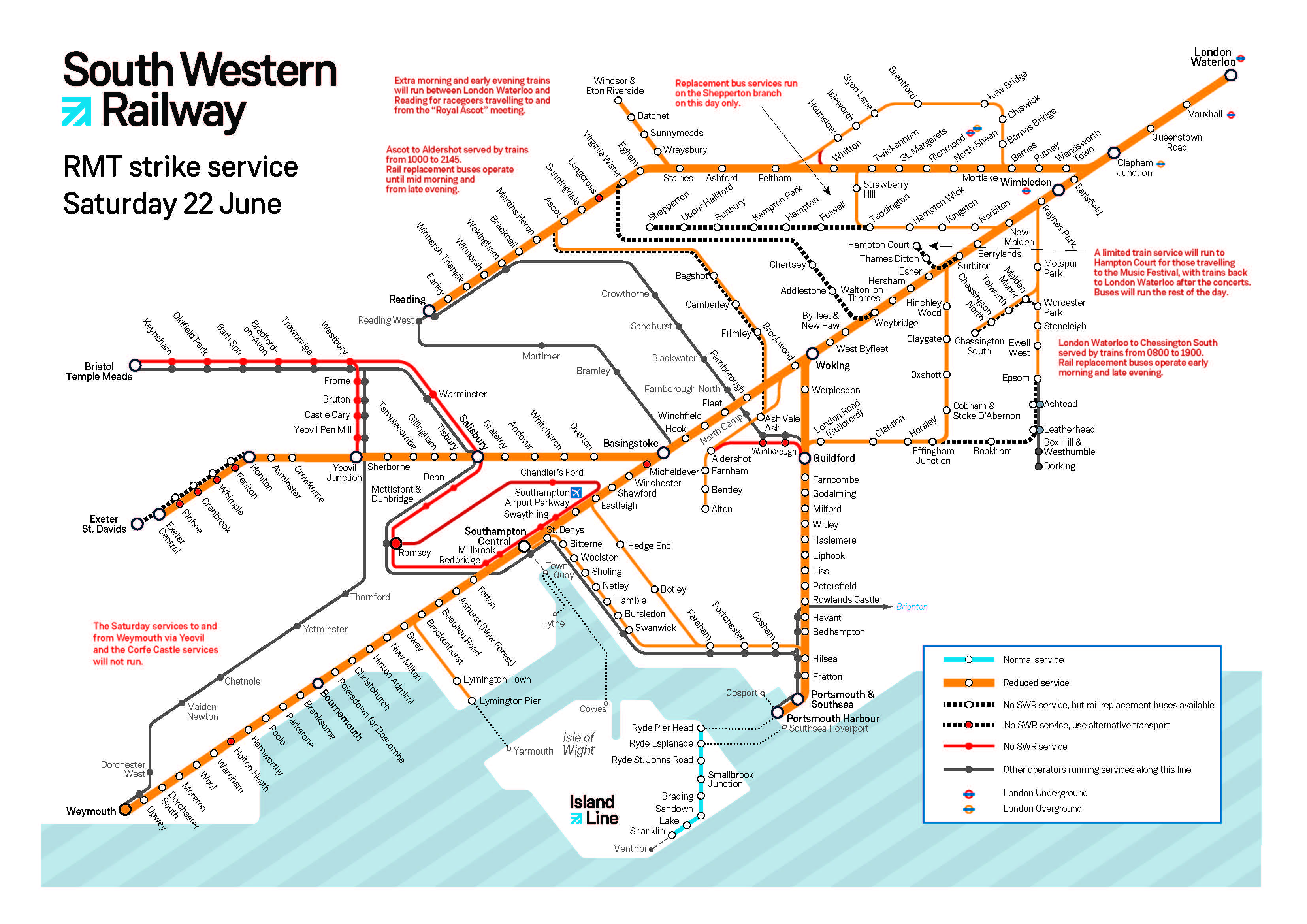