More synonymous with cruise ships than shopping, Southampton is often overlooked as a stopover on your way to somewhere more exciting. But stay a while and you’ll be treated to shopping, art and fine dining that makes this city worth a visit.

One of the best things about Southampton is that all of the city’s major attractions are within walking distance of each other and the main train station, saving you the hassle of taxis or transfers. Board a direct service from London and you can be walking out of the station in just over an hour. To help you on your way, follow our guide to the best things to experience in Southampton in 48 hours.

Buy a coffee and a bite to eat on the train en route, so you can arrive in the city ready to explore. Your first calling point is just a quick walk from Southampton Central train station: Southampton City Art Gallery (Commercial Road).

Amongst the 5,000 pieces on display, spanning eight centuries and with influences from across the world, you’ll see there’s a strong emphasis on British art here. So whether you’re into the Surrealists or strokes of Cornish landscape, there’s plenty to see at this free art gallery.

After lunch, experience Southampton’s maritime history at the SeaCity Museum (Havelock Road). This attraction is a brilliant choice if you’ve got kids with you, thanks to its three interactive, permanent exhibitions that tell the city’s sea stories in fun new ways.

The museum faithfully recreates 1912 Southampton with the sights, sounds and model replica centrepiece at the Titanic Exhibition. Count the decks and appreciate the small-scale splendour of the dining hall, or listen in on the excited voices that coursed through the city the morning of her voyage over a century ago.

The museum is right next door to the iconic Clock Tower, where you can climb to enjoy fantastic views across Southampton.

Watch the boats at the Ocean Village Marina

Southampton's Ocean Village Marina, located in the old commercial ship basin, is now a bustling hub of activity. With restaurants, cinemas and a five-star spa hotel, it's become a luxury destination in its own right. Visit at the start of round-the-world yacht races to see the beginning of these marathon journeys - the Ocean Village Marina is frequently the start and finish line. For the best views we recommend HarBAR on 6th - a rooftop bar and restaurant at the top of the Habour Hotel. 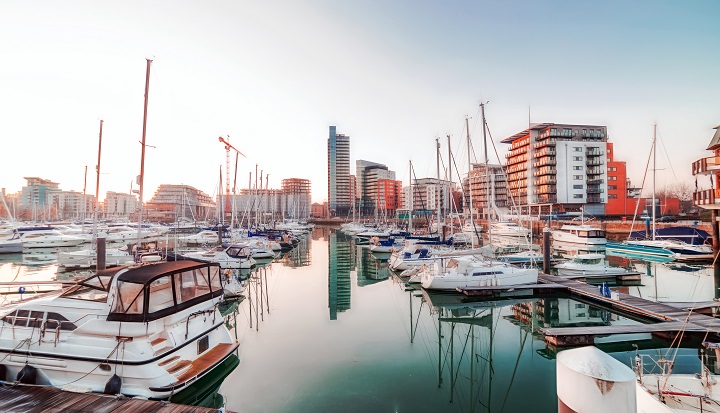 Southampton has an extensive collection of independent shops - starting with Beatnik Emporium (Above Bar Street). This vintage shop is a history tour in itself, selling clothing and fashion from the 1940s through to the 1990s. If clothing and accessories aren’t for you, check out their extensive selection of vinyl records.

Heading further up Above Bar Street, pass two of Southampton’s parks (Watts on your left, East on the right) towards the next stop on your shopping tour. Hooch and Candy (Bedford Place) is a rare place where alcohol meets sweets. From Hershey's to Reece's Pieces, American candies are in plentiful supply here. Alternatively, pick up one of their craft beers for later.

Wine and dine at the waterfront

When it comes to evening dining, some of the best restaurants in Southampton can be found on the waterfront.

La Regata (Town Quay) offer tapas to share, or head to Ennio’s (Town Quay). This Italian restaurant is found in the renovated Geddes Warehouse, where luggage belonging to first-class passengers was stored before the Titanic’s departure. Ennio’s menu reflects this history, with a specially-curated ‘flavours of the region’ set menu and an extensive fish list.

Rise and grind at The Docks

This trendy coffee house is ideal for a leisurely Sunday morning stop. The Docks (44 Oxford Street) often features in lists of the top spots for breakfast in Southampton, with firm favourites like avocado toast and house-made granola, plus weekend special ‘Sunshine Daydream’ - an orange-laced French toast.

Look out for its tea menu that features unique tea blends, with offerings like ‘Miss Yoga Chamomile Herbal Tea’ and ‘The Hipster Raspberry and Mint’.

Southampton also has a substantial aviation history. Solent Sky (Albert Road) is a hands on museum exploring Southampton’s aviation past, showcasing the aircraft development that took place in the region for more than 50 years.

More than 20 aircraft are on display, including the Spitfire, and you'll have an opportunity to board the Sandringham Flying Boat. Even if flying isn’t your thing, this is one of the more memorable things to do in Southampton.

A bite to eat at Halladay’s Tea Rooms

A short walk down the road you’ll find Halladay’s Tea Rooms (6 Bedford Place), one of the best cafés in Southampton. This place is all pastel-coloured chairs, floral cushions and daily specials chalked in bright colours on blackboards.

But don’t let frilly appearances fool you – this place is serious when it comes to serving brilliant food, and is consistently voted one of the best restaurants for lunch in Southampton. Expect colourful plates filled with fresh fruit, cream-filled cakes and a good cup of tea.

Set off on a walking tour

Aside from sailing, one of the best outdoor activities in Southampton is a walking tour. It’s an excellent way to enjoy Southampton’s history at your own pace, passing by ancient buildings, monuments and the city’s medieval walls.

Start your tour in the centre of Southampton old town at Tudor House and Garden (Bugle Street), with its black-and-white-striped façade. It was the city’s first ever museum and is still open for you to visit if you’d like to take a detour. 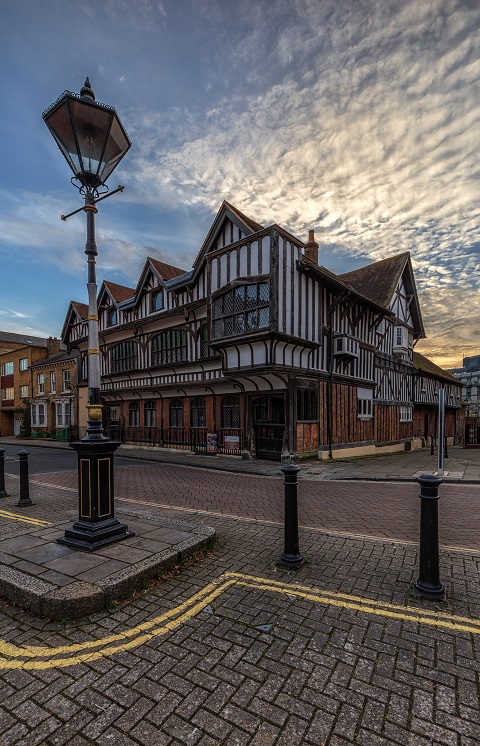 Further into the heart of the old town you’ll find one of our favourite free things to see in Southampton. The Bargate is an imposing, Grade I-listed gatehouse that marks the historic entrance to the town. Next up are Southampton’s medieval city walls – a defensive procession of towers and gates that once protected the city.

Your Southampton history tour finishes in more recent times, at the Titanic Musician’s Memorial (Cumberland Place) -a tribute to the artists who continued to play music on deck as the ship began to sink.

Inside, its large leather sofas, flagstone-tiled fireplaces and restored wooden banqueting tables give it a laid-back feel. You'll find arguably one of the best Sunday lunches in Southampton here, but be sure to leave room for dessert – the Vintage Ale Sticky Toffee Pudding is said to be the best in the region.

One final stop at the shops…

On your way back to the train station, make one last stop at Westquay (Harbour Parade), the most popular place for shopping in Southampton. Under its roof you can browse your favourite high street names, like John Lewis and Marks & Spencer, as well as designer boutiques from the United States. 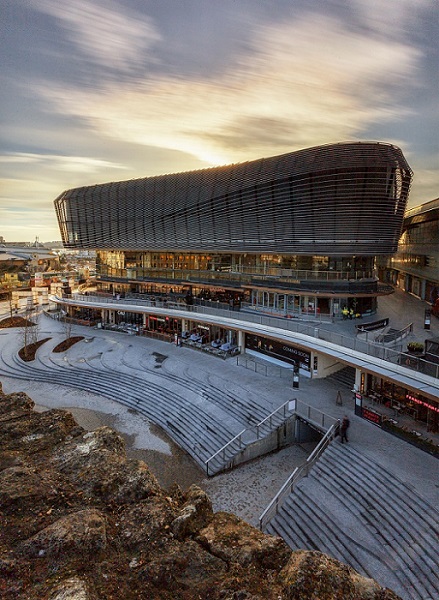 It’s just a short walk back to Southampton Central station and your train home. Trains from Southampton to London Waterloo run once an hour on a Sunday (excluding any planned improvements) – book your ticket in advance and save.

Where to stay in Southampton