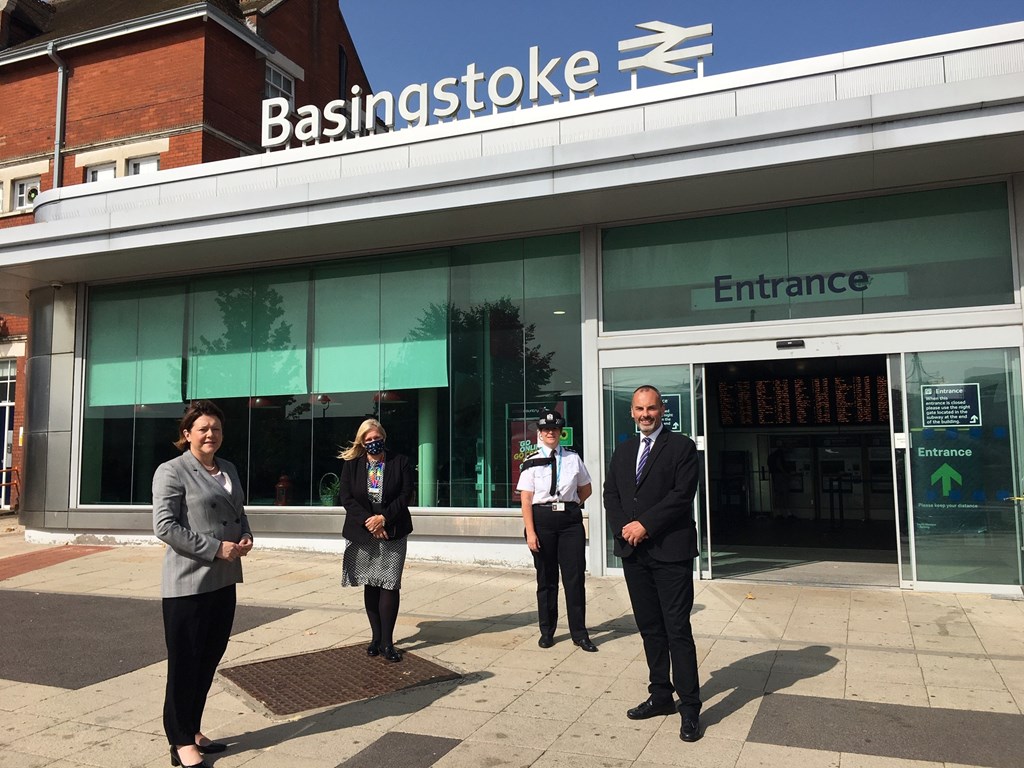 County Lines refers to the transportation of illegal drugs across the UK, from one local area to another. This is organised by criminal gangs, who often recruit vulnerable and young people to move the drugs for them. This impacts the UK’s railway, as these gangs use the network to travel to target areas to avoid traditional road-based policing.

The exercise was also attended by Policing Minister and MP for Andover, Kit Malthouse, as well as Chief Constable of British Transport Police Paul Crowther.

South Western Railway continues to work closely with British Transport Police, ensuring its own Rail Community Officers  have all of the skills and knowledge to help to spot the signs of County Lines exploitation and play a part in tackling this activity.

“This work is making our railway safer for our colleagues, and the customers and the communities we serve.”

Maria Miller, MP for Basingstoke, said:
“Police intelligence shows that gangs are using children and vulnerable adults to transport drugs using the local railway network with Basingstoke Station used as a gateway for transporting drugs into Hampshire. I witnessed this first-hand during the British Transport Police (BTP) operation at Basingstoke station when 2 young people were caught within an hour of the police operation starting.

"The action being taken by BTP, working with the local Hampshire Constabulary, is sending a clear signal that gangs can no longer rely on our railway network to transport drugs.”

Taskforce lead, Detective Superintendent Gareth Williams said:
“Our Taskforce is in a unique position, we operate nationally and target County Lines activity across the railway network.

“Our experience has proven that gangs who use the railway network rely on younger people to move drugs. These individuals are victims, forced through exploitation or intimidation into desperate situations, and it’s always our priority to make support available that can get them out of harm and away from crime.

“Since December, we’ve been carrying out operations daily, always based on developing intelligence that shows where gangs are operating. We get part of our information through working in partnership with other law enforcement agencies, but also importantly through the support of the rail industry who train their staff to spot signs of exploitation.

“Key indicators include a teenager travelling long distances, alone with a large amount of cash, or avoiding any sort of authority at stations. These indicators are small but invaluable and help inform where we target next. We have a rapidly evolving understanding of County Lines offending and we are prepared to tackle it, wherever the intelligence leads us.”