SWR and its community partners recognised at national awards 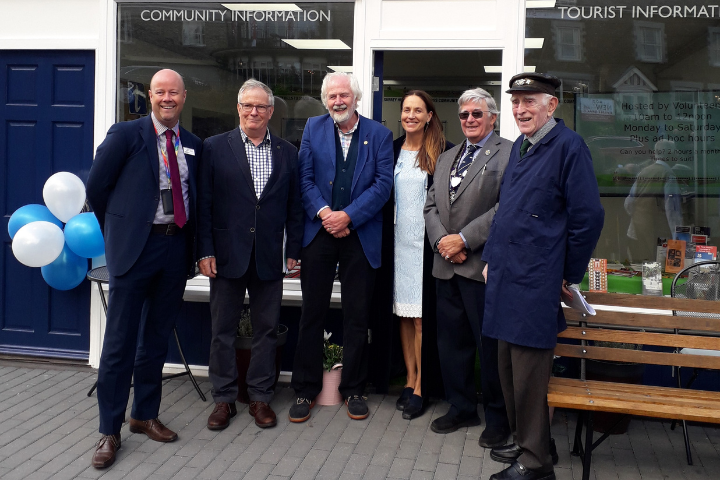 South Western Railway (SWR) and a range the community groups it works with were recognised at the national Community Rail Awards held on 9 December, winning one award and being commended in 5 categories.

The awards, run by the Community Rail Network, recognise community projects which help further link the railway with the areas they serve. These initiatives are delivered through a collaboration between Community Rail Partnerships (CRPs) and station adopters and train companies such as SWR. SWR are set to host next year’s awards.

SWR provides funding and support to 11 CRPs; not for profit organisations setup to promote healthy and sustainable travel as well as support social and economic development and has almost 60 station adopters; volunteers who add flower and art displays to brighten up its locations.

With Surrey Hills to South Downs CRP and Haslemere Community Station group, SWR won the Most Enhanced Station Building, recognising the efforts of these groups, plus a variety of partners including Surrey County Council and Haslemere Town Council, for further involving the community in the station. This activity included the refurbishment of the volunteer-run Information Hub, which SWR provides on a peppercorn rent, as well as the planters, art and defibrillator added during the last year.

There was recognition for SWR’s efforts with other groups, with commendations in the following categories:

SWR took second place with The Lightbox (Station Adopters at Woking) in recognition of the innovative artwork added to the station’s footbridge. The project ‘We all have a happy place’ has helped to brighten up the space, whilst promoting the link between art and mental health.

Both Isle of Wight and Lymington to Brockenhurst CRPs were recognised for their community focused project ‘Food on the Move’. The programme was launched in the early days of the pandemic, using funding SWR had provided for a musical event, and took meals to the most vulnerable during lockdown. It has continued throughout most of the year, attracting almost £50,000 of funding from other sources during the summer.

Second and third places were awarded to two station adoption groups in this category. Friends of Wool Station just missed out on first place for the ‘Making Connections’ project, which has helped to provide onward travel information at the station, including providing a shuttle bus to the local tank museum to support visitors and locals alike.

The Friends of Brockenhurst Station, which reformed themselves in the summer of 2019 took the other spot for their ‘Launching towards community engagement’ activities, including festive events this time last year, as well as a multitude of planting efforts across the station. The group have continued their focus on helping the station reflect the community it serves, adding a thought provoking history display into the frames installed by SWR during refurbishment of the waiting room.

SWR Community Rail Manager, Andy Harrowell said:
“The awards event was always going to be a big night for groups across our network – with 17 being shortlisted in total, more than twice the number recognised in 2019. It’s a pleasure working with all of our ever growing family of CRPs and adopters, helping our stations to further reflect the communities they serve. We are delighted that so many have been recognised and we would like to thank those involved in these projects, and all the others across our network, for all the wonderful work they do with us to benefit all.”