To be held at Aldershot station on Wednesday 17 July, between 08:00 - 18:00, the event is a chance for members of the public to find out more about the scheme to power trains through connecting solar panels directly into the railway system as traction current, without first distributing it to the grid.

This innovative project is the first of its kind in the UK rail industry. It aims to tap renewable energy’s potential to make huge reductions in carbon emissions and future running costs.

The 135 discrete solar panels are currently being installed on derelict land near the station - without disrupting services - and are expected to ‘go-live’ in August. If the scheme passes real-world application, then much larger solar projects could be rolled out across the network to power the industry’s future.

The Riding Sunbeams’ ‘First Light’ demonstrator project is a collaboration between climate change charity 10:10, Community Energy South and national rail infrastructure operator Network Rail, alongside a wider consortium of specialist engineering and renewable energy consultants and University departments. The project is funded by Innovate UK and the Department for Transport.

The drop-in event is also an opportunity to learn more about SWR’s various projects to reduce its carbon footprint and how Riding Sunbeams - and its partners - are inspiring people to take-action on climate change.

"The rail industry plays an important role in reducing carbon emissions. SWR has reduced its emissions by 33% over the last 12 months and are continuing to install renewables, and other technologies, to cut our traction carbon emissions by 60% overall within the next five years.

"With the recent passing of net zero emissions legislation in the UK, there’s never been a better time to partner with the Riding Sunbeams to change the way the rail industry responds to this global challenge.

"I look forward to speaking to local people dropping-in this Wednesday at Aldershot station about the solar project and the many other exciting schemes that SWR is undertaking to reduce its carbon footprint."

"We are very excited to be installing the world’s first project to directly power railway lines with solar energy at Aldershot station. We hope this pilot scheme paves the way for the railway industry, and the UK, becoming zero-carbon.

"On Wednesday 17 July our team will be at Aldershot Station and welcome local rail users and residents to join us to hear about this project."

For more information on the project, please contact leo.murray@ridingsunbeams.org 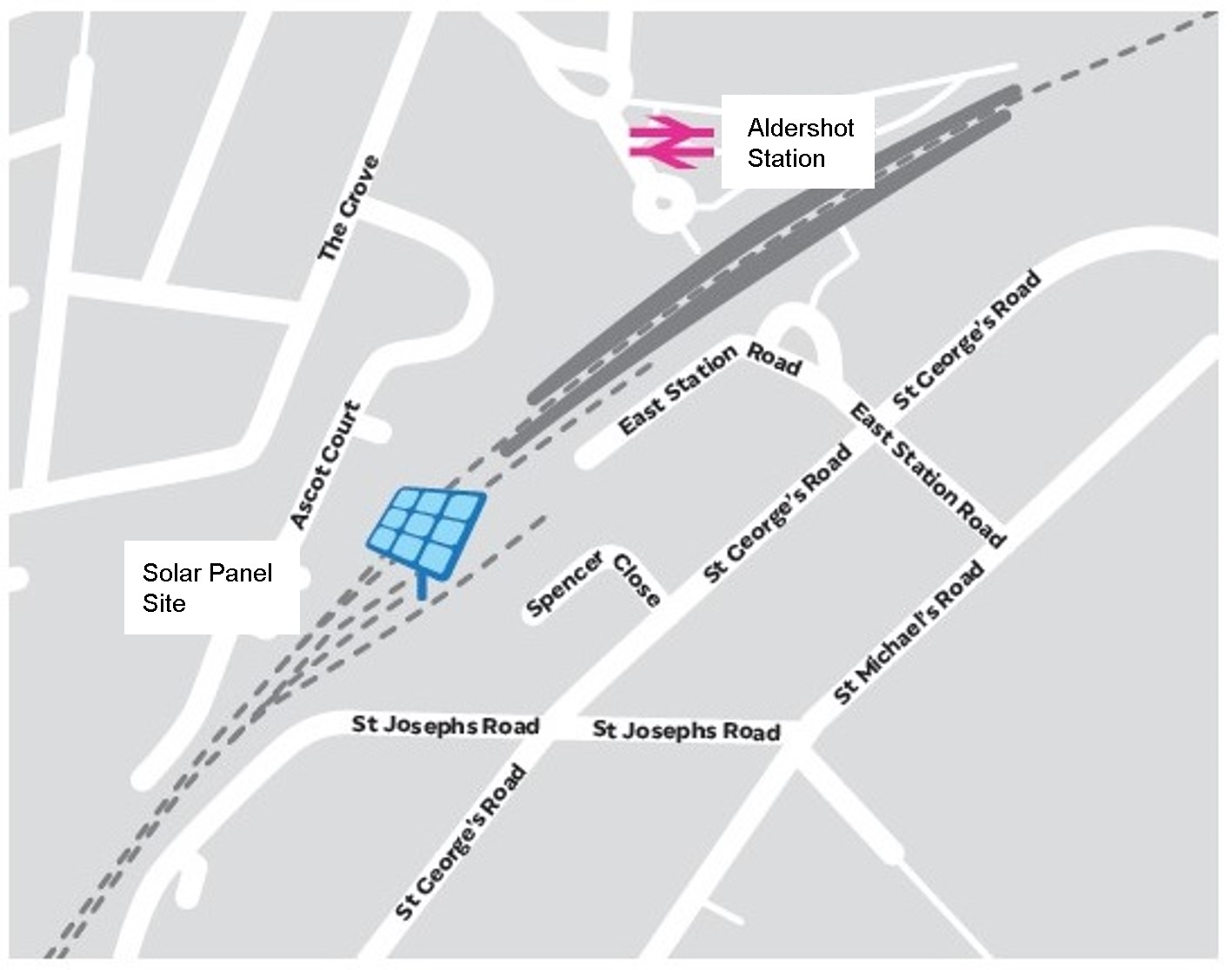