Given the incredible influence of Brunel on this vibrant and historic city, visiting Bristol by South Western Railway is just about the perfect way to arrive. You might, however, not want to leave again. Bristol’s maritime heritage now expresses itself in a thriving harbourside full of museums, cultural centres, bars and restaurants. Its shopping is unrivalled in the South West, a perfect mix for every taste and price range. And as a canvas for Banksy’s inimitable street art, it’s an open, welcoming city that celebrates its genuine spirit of difference and diversity.

The simplest way to get into the heart of this fascinating city is to book cheap advance train tickets to Bristol Temple Meads station. From there, a network of smaller local trains will take you to many destinations across the city such as Clifton Down – Bristol Zoo is less than a mile from the station – or as far onward as Severn Beach. However, if you want to get to its thronging harbourside hub, just hop aboard the number 8 or 9 bus directly outside the station, or get one of the blue taxis standing on the station concourse. But if you want to take a more sedate and scenic journey to the centre of town, just hop on one of the ferry buses that regularly arrive to the rear of the station. You can also get from Temple Meads to Bristol Airport by using the quick and frequent Bristol Flyer bus, again from a stand in front of the station ticket office. There are 374 car parking spaces and almost 450 bicycle spaces at the station.

The best way to get to know this exciting city of contrasts is probably via its world famous artist, Banksy. Spot the work of this elusive street artist by downloading the app or booking on the fabulous Bristol Street Art Tour.

Another name synonymous with Bristol is that of Brunel, the Victorian engineer who designed the iconic Clifton Suspension Bridge. It makes for a spectacular stroll across the Avon Gorge, and comes with a fascinating visitor’s centre. He was also responsible for “the ship that changed the world”, the SS Great Britain, now docked in Bristol and a brilliant family attraction.

While you’re down by the water, sail right past the SS Great Britain on The Matthew, the replica of the ship helmed by John Cabot as he discovered Newfoundland over 500 years ago. In fact, the Harbourside has steadily become a fantastic destination for visitors to Bristol. The regeneration began with the Arnolfini contemporary arts centre, which has a wonderful programme of international art exhibitions, dance, film, music and events. Nearby is the free M Shed, which explores the city’s history from prehistoric times to the 21st century in innovative fashion. And

We the Curious is an exciting interactive attraction for the whole family. Where else can you can be both an animator and space explorer within a matter of minutes?

Without question the shopping capital of the South West, Bristol even has a central area called the Shopping Quarter, full of big high street stores such as Harvey Nichols, designer brands and independent boutiques. If that sounds a bit busy, head to Stokes Croft and Gloucester Road. This is where Banksy has some of his best work, and it’s full of artsy boutiques such as Room 212. Not for nothing is it called the longest street of independently owned businesses in Europe. Bristol’s markets are great, too, with the vibrant weekend Harbourside Market packed with fresh food vendors, book stalls, artists and creatives all displaying their wares.

Bristol boasts just about any cuisine you could ask for, but the destination restaurant on everyone’s lips is the Michelin-starred Casamia, now in a stylish new waterfront home on Bathurst Basin. Promising “the 4 seasons through your senses”, the tasting menus verge on genius – even the decor of the restaurant changes depending on the time of year.

There’s more quayside treats at Adelina Yard, perhaps the only place on earth where the signature dish is fermented kale – this is food unlike any you’ve experienced before, but rustic and tasty too.

Hotel Du Vin has a well-earned reputation for luxury, and its Bristol outpost is no different – located inside some 18th century sugar warehouses, it’s an atmospheric, original hotel with chic rooms, loft suites and a refined bolt-hole vibe. Just as cool is Brooks Guesthouse, which might sound strange when you see its 1960s exterior. But inside, the decor is to die for with hip wallcoverings, wood panelling, and a wonderful sense of humour – 3 of the “rooms” are retro rocket caravans on the rooftop terrace.

In genteel Clifton, try its first luxury B-and-B, which at Number 38 Clifton stands for “boutique and breakfast”. All 10 bedrooms in this 19th century Georgian merchant’s house have unique designer touches and vintage furniture. 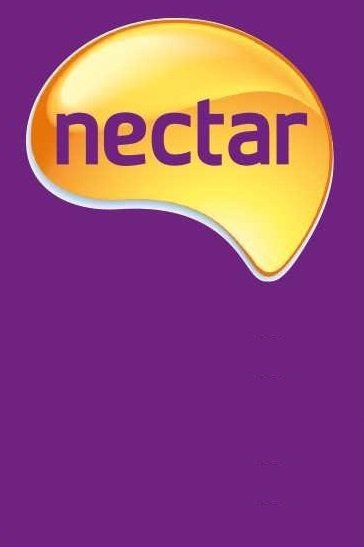 Woking to Bristol from: