SWR awarded accreditation for safeguarding vulnerable people on the railway 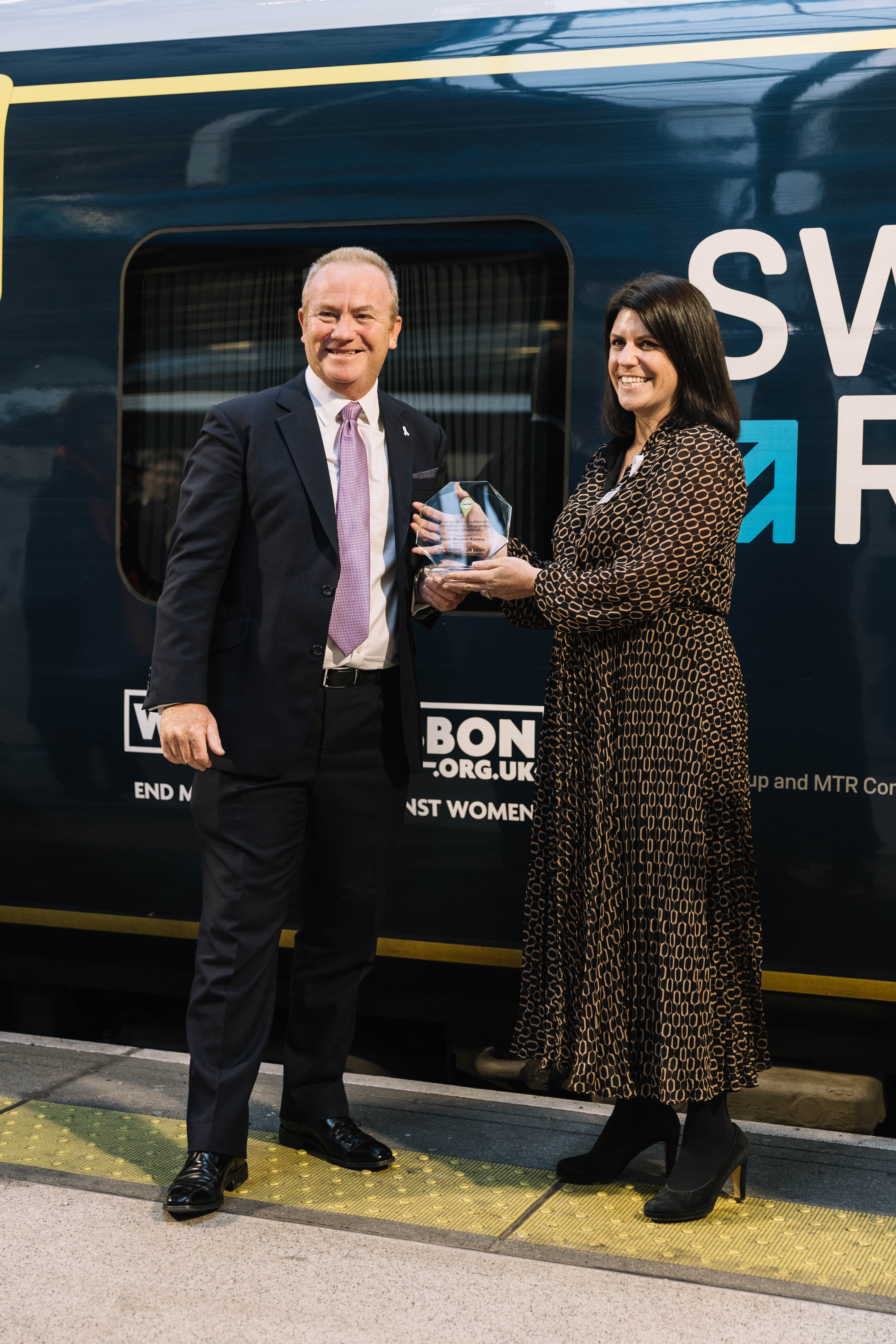 South Western Railway (SWR) has become the UK’s second train operator to achieve accreditation of the British Transport Police’s Safeguarding in Rail scheme, recognising the need to support the most vulnerable members of society on the railway.

In securing the accreditation, SWR set out its approach to: promoting the wellbeing of vulnerable people in need of help and support; reducing and preventing the likelihood of harm where possible; mitigating the impact and effects of harm; and training colleagues in ways to spot vulnerable people.

Central elements of the programme include clear policies, accountable leadership and a dedicated and ongoing programme of training for all colleagues.

The announcement comes on White Ribbon Day (25 November), which promotes the White Ribbon Campaign’s mission to end violence against women and girls. As part of its overall approach to protecting vulnerable people, SWR has joined with others in the rail industry to support the campaign.

The Chief Executive of White Ribbon UK, Anthea Sully, joined the Managing Director of South Western Railway, Claire Mann, at London Waterloo today for an event highlighting SWR’s commitment to ending violence against women and girls in the industry.

Also present at this special event were the Managing Director of the Department for Transport, Peter Wilkinson, and Assistant Chief Constable of the British Transport Police, Charlie Doyle.

The event saw the attendees discuss SWR’s approach to safeguarding with the company’s ‘safeguarding champions’. In support of White Ribbon, SWR dressed their Desiro trains with bespoke White Ribbon Day liveries to help spread the anti-domestic violence message across the rail network.

Claire Mann, alongside the other colleagues and volunteers from the railway industry, as well as members of the public, also signed a promise to help end violence against women and girls. The promise can be signed here.

More information about SWR’s leading approach to protecting vulnerable people, including the extensive collaborative work done with partner organisations, can be found here.

“We are proud to have achieved British Transport Police’s Safeguarding in Rail accreditation, reflecting the important work that so many colleagues have done to ensure that we do all we can to help protect vulnerable people on our railway.

“Safeguarding is something we take incredibly seriously, and that is why we are also pleased to support the vital work of White Ribbon UK to end violence against women and girls on this White Ribbon Day.

“It was fantastic to meet with colleagues from SWR and across the railway industry and beyond, to discuss how we can do as much as possible to protect vulnerable people of all backgrounds.”

"We were thrilled to see South Western Railway promote White Ribbon and encourage passengers to make the White Ribbon Promise to never use, excuse, or remain silent about men’s violence against women.

“It was great to see the White Ribbon branding on the Desiro trains. This is a special way to demonstrate SWR’s commitment to the women on their teams as well as those using their services."

“It’s only together that we can ensure the most vulnerable members of society are protected while travelling on the railway.

“I would like to thank South Western Railway for their strong commitment to safeguarding, and to congratulate them for achieving their accreditation for the Safeguarding on Rail Scheme. This commitment is clearly visible through their substantial work to promote White Ribbon’s campaign to end violence against women and girls.

“Their support, the work of our partner organisations and the efforts of our officers will help ensure the railway is safe for everyone.”