From Sunday 5 September, customers on South Western Railway (SWR) will be able to benefit from a new, simplified Super Off-Peak ticketing structure which will reduce the cost of off-peak travel for nearly three quarters of customers. The change follows feedback from customers, who previously found the fare offering confusing. 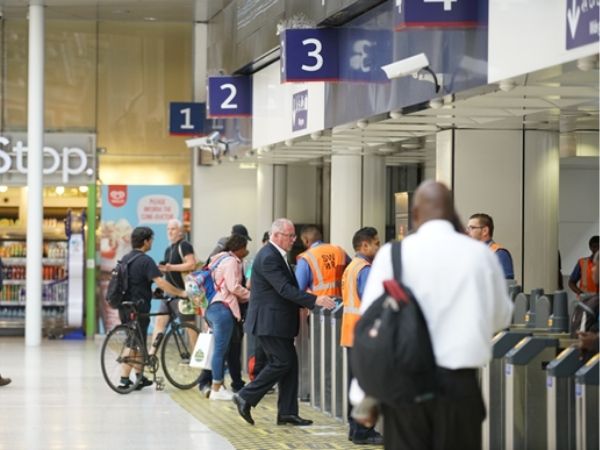 SWR previously offered two Super Off-Peak day return products – weekday and weekend, which had different time restrictions and price points. From Sunday 5 September these tickets will be replaced by the Evening Out and a Sunday Out fare for journeys of up to approximately an hour, which have much clearer and simpler travel times.

SWR has also introduced Evening Out fares on routes which did not previously have Super Off-Peak products, such as Woking to Southampton and Portsmouth on weekdays, reducing the cost of journeys for its customers.

Additionally, where an Evening Out or Sunday Out fare replaces a Super Off Peak Day fare, customers will see a fare reduction, as fares have been rounded down to the nearest pound.

As part of the simplification to restrictions, the time Super Off Peak fares are now applicable has moved for arrivals into London from 12pm to 2pm.

On longer distance journeys of over an hour, Super Off-Peak Day products are being replaced with a Super Off-Peak Return ticket which has similar time restrictions to the Evening Out and Sunday Out, and also provides more flexibility allowing a customer to return on any day within a calendar month.

“With leisure travel set to bounce back quickest following the pandemic, the vast majority of our customers will benefit from reduced fares when travelling off peak. We are confident that our customers will welcome the greater clarity and better value for money that these changes will bring.”