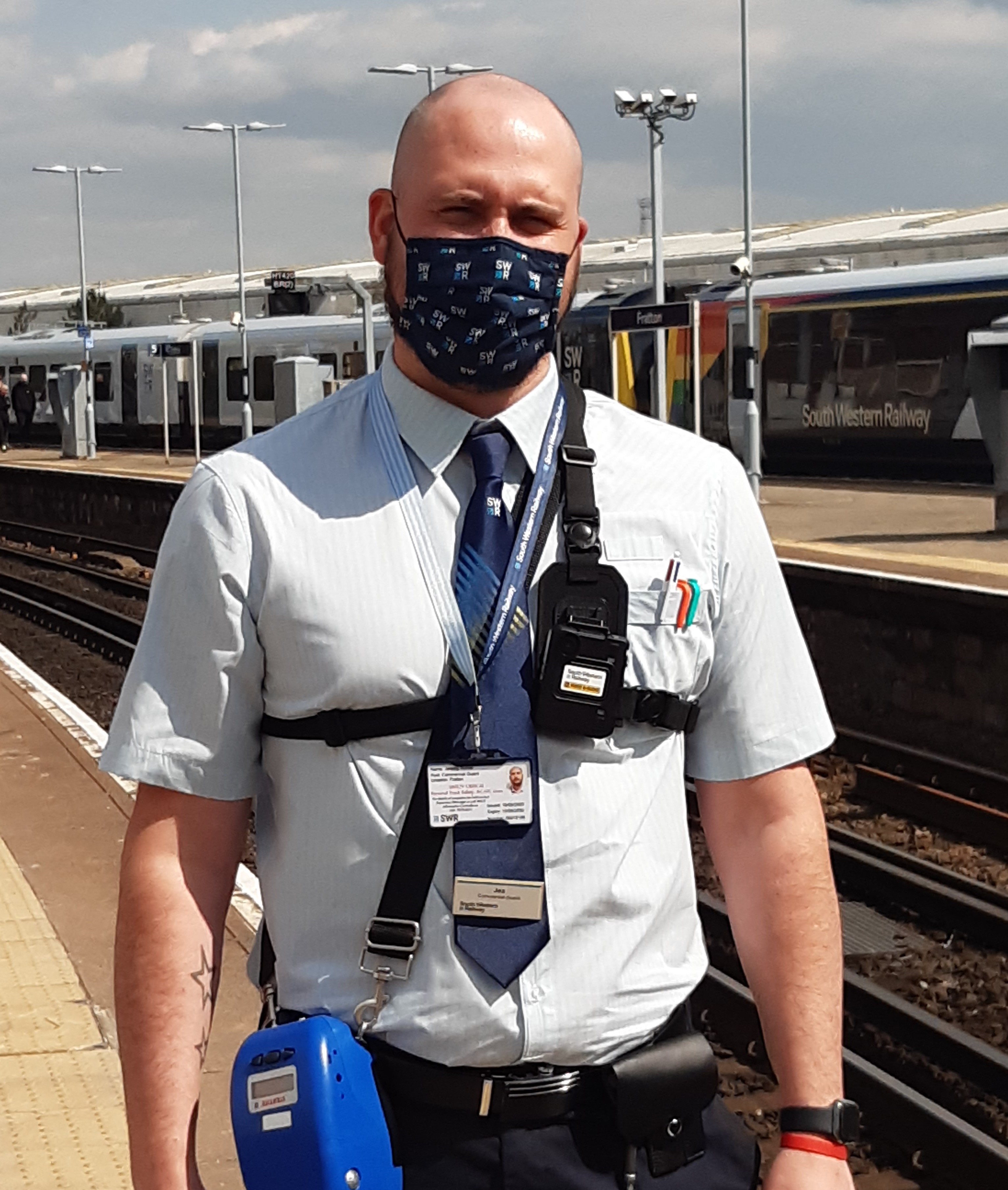 Today, South Western Railway (SWR) has announced a new trial of body worn cameras for its guards working out of Fratton depot, Portsmouth.

The use of cameras is hoped to reduce anti-social behaviour on SWR’s trains and at its stations, as well as act as a deterrent to assaults, threats and abuse experienced by SWR colleagues.

The trial commenced today (Monday 28 June) and could see body worn cameras for all guards rolled out across the SWR network.

The trial will determine the impact of body worn cameras by comparing the quality of footage to existing CCTV available, as well as whether the footage caught provides better quality evidence for prosecutions and cases in court.

Alan Penlington, SWR’s Customer Experience Director, commented: “While our trains and stations are already equipped with CCTV, we are always looking for ways to help our customers travel with confidence and ensure that colleagues feel safer at work.

“These body worn cameras are designed to do just this, by deterring anti-social behaviour on our services and reducing the number of assaults our colleagues experience at work.

“While we wish that we could prevent every incident, we expect that the new footage will help authorities in any prosecutions by providing good quality evidence.”

If successful, SWR will look to roll out the use of body worn cameras across the whole of its network.

As part of this trial, body worn cameras will be used on the following routes: