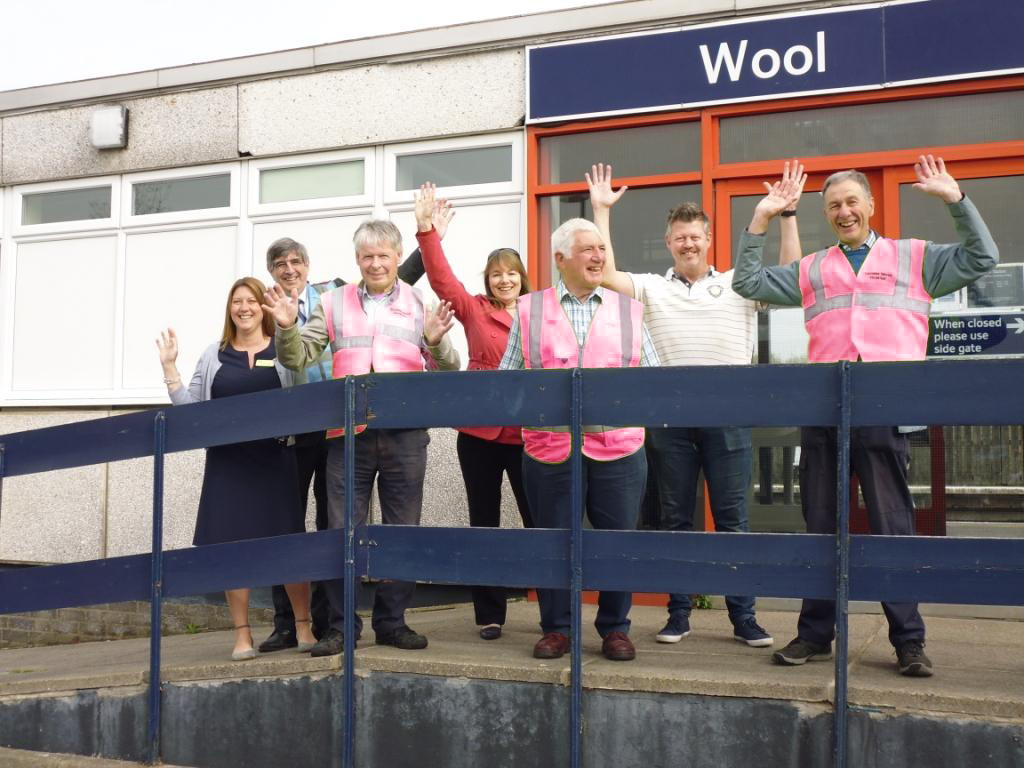 Through the hard work and enthusiasm of local communities and volunteers, this target was exceeded with a seven-fold increase by March 2020, less than 18 months after the target was set, and 3 months before the deadline.

Now, across the region, at stations including Upwey, Honiton, Lake, Sway, Woking, and even to inner London’s Brentford, SWR has worked with groups to add plants, art displays and book swaps to a variety of locations, revitalising the station and improving the customer experience. It also achieved an industry first, extending its programme to agree a joint adoption of the Network Rail managed Guildford.

South Western Railway has also worked closely with its Community Rail Partnerships (CRPs), not for profit groups which receive funding from SWR to employ a part time officer to promote inclusive involvement at stations. With the support of these partnerships, and local stakeholders a number of station adoptions have been set up in these CRP areas, with the Lymington to Brockenhurst CRP becoming the first one to have all of its stations adopted.

In other areas, Blackmore Vale CRP (Tisbury to Crewkerne) has 80% of its stations adopted, while the new Surrey Hills to South Downs CRP (Haslemere to Farncombe) is already at 60%. Whilst these relationships have been important, SWR has also reached out beyond these groups, and has more than 40% of all adopters on non-CRP lines.

SWR recognises the difference that these activities make to the experience of passengers, as well as the individuals involved. It provides funding to help groups setup, as well as towards projects, and also offers a number of travel passes on its network as a thank you gesture. SWR pays for groups to join the Community Rail Network (the industry body for adoption and CRPs), allowing the them to access additional funding.

Although work had to stop during the COVID-19 lockdown, SWR has kept in contact with all of those involved in this work, sharing details of good practice and examples of what others were doing to provide inspiration. SWR was one of the first operators to introduce new guidance to allow some groups to make a return to their activities. In addition to this support, SWR has provided funding for four groups to replace plants lost during the period.

Friends of Brockenhurst Station, is one of the busiest of the groups on the network and has collaborated with SWR to add a variety of planters on the station, as well as a history project for the refurbished waiting room.

Its Chair, David Bennett, said: “Our stations should be at the heart of our communities, but too often they’re under appreciated. Working with SWR to make our station more attractive, celebrate its heritage, and engage with passengers is all part of making sure local people and users realise what a gem of a station we have.”

The Art Society, Guildford, has adopted Woking, Farncombe and Guildford, and inspired other branches of the Society  to get involved at their local station. Liz Collins, Young Arts Representative for the society added: “Some 13 schools and colleges from across the Guildford and Woking areas have displayed around 80 pieces of outstanding artwork in the three stations, delighting passengers and the students alike.

Before the pandemic, two schools took up SWRs generous offer of free rail tickets, with teachers jumping at the opportunity for students to extend their learning by accessing original artwork in some of the best galleries in the world, via free, sustainable travel.

SWRs Community Rail Manager, Andy Harrowell: We are delighted to have exceeded our ambitious target, demonstrating our commitment to collaborating with groups to help their stations reflect the communities they serve.

"Despite lockdown, we’ve added more adoptions and are discussing others with new groups. We would like to take this opportunity to thank the more than 350 volunteers for their efforts during the last 18 months, and we look forward to welcoming more of them back to the stations when the time is right.”