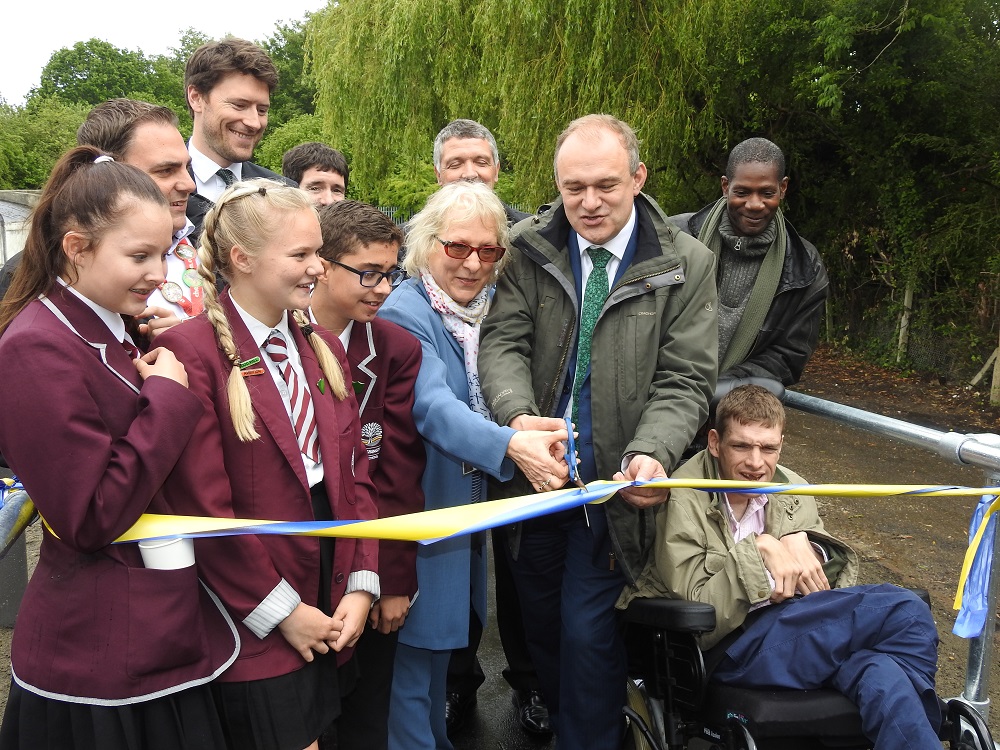 For the first time since the station’s construction in 1939 Chessington South station is fully accessible, providing passengers with reduced mobility step free access to and from the platform.

Integrated journeys with London buses are also possible with the bus stops located directly opposite the station and drop kerbing installed to facilitate easier transfer from the station forecourt to the bus stops.

Each year more than 300,000 customers use Chessington South to get to Chessington School, Chessington World of Adventures as well as many other local businesses.

The scheme was largely funded by the Department for Transport under their National Station Improvement Programme (NSIP) but contributions are also being made by SWR, Royal Borough of Kingston, Local Councillor representatives and Chessington World of Adventures

The main accessibility improvements include:

SWR is also working with Chessington World of Adventures, local organisations and the recently created Chessington South station community group, to create a community garden and to improve the landscaping in the station forecourt as well as along the accessible footpath.

Alan Penlington, SWR’s Customer Experience Director, said: “We’ve invested more than £300,000 to make the station accessible so it’s great to see these facilities ready for our customers. We’d like to thank all of our partners who contributed to the project and made this happen.”

Sir Ed Davey, MP for Kingston and Surbiton, said:
“This is great news and will be a real boon for disabled people but also families with buggies and senior citizens with mobility issues. With the new cycle racks and plans to improve the landscaping, Chessington South station will be transformed.

"It has taken years of campaigning and has at times been frustrating but all that work has now come to fruition. With the new cycle racks and plans to improve the landscaping, Chessington South station will be transformed."

Chetna Khatri, Network Rail’s scheme sponsor, said: “We are delighted with the completed accessibility improvements at Chessington South station and proud that this key part of Network Rail’s upgrade plan will provide more passengers with easier access to the railway. We would also like to thank the station operator, South Western Railway, for their drive to make this project a success”

Councillor Christine Stuart, ward member for Chessington South and the council’s Disability Champion, said: “The council is committed to doing whatever it can to make travelling on trains as accessible as possible for our residents. We thank our colleagues at SWR, Chessington World of Adventures and Chessington School for their help in making these major accessibility improvements at the train station a reality.”