South Western Railway is celebrating two if its stars who together have given 60 years of stellar service to customers. Wednesday (7 August) marks 58 years since Jeffery Fry started his long and illustrious career on the railway and two years since Tarnia Rayment joined.

Owing to the impressive longevity of his career, Jeff enjoys bragging rights of being SWR’s employee number 000001 - something he is really proud of. Throughout his 58 years of service at London Waterloo, Jeff has been a role model to many of his colleagues, setting the highest standards and always putting his customers first. Jeff’s colleagues at the station refer to him as ‘Number One’. When asked why the nickname seems to have stuck, his colleagues simply respond: “Jeff is the best”. 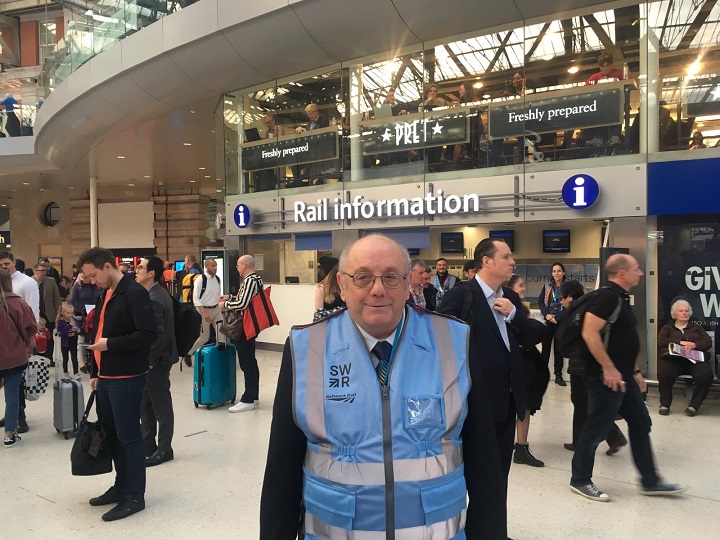 “Jeff actually confided in in me that he doesn’t come to work for the pay but for the love of the job. Being around customers and helping them is all that he has ever known. London Waterloo is home for him.”

Jeffery’s positive outlook and attitude has a direct impact on the team around him, helping them to deliver excellent customer service. He is always wearing a big smile on his face, and he greets everybody.

When asked for his reaction to being shortlisted for the Outstanding Personal Contribution category at the National Rail Awards, Jeffery said: “It was such a nice surprise to be nominated. I’m honoured and very much looking forward to many more years working on the railway with my customers at Waterloo.”

While Tarnia cannot compete with Jeffery in terms of longevity of service, she is just as well known and admired by her local customers in Kingston.

Tarnia is truly ‘one in a million’ with an infectious laugh who wears her heart on her sleeve and genuinely cares for people. As well as being a Customer Ambassador, she is also a passionate ‘Try the Train’ advocate – a scheme that encourages a range of individuals and groups who don’t typically travel by train to try with the support of SWR staff and volunteers. 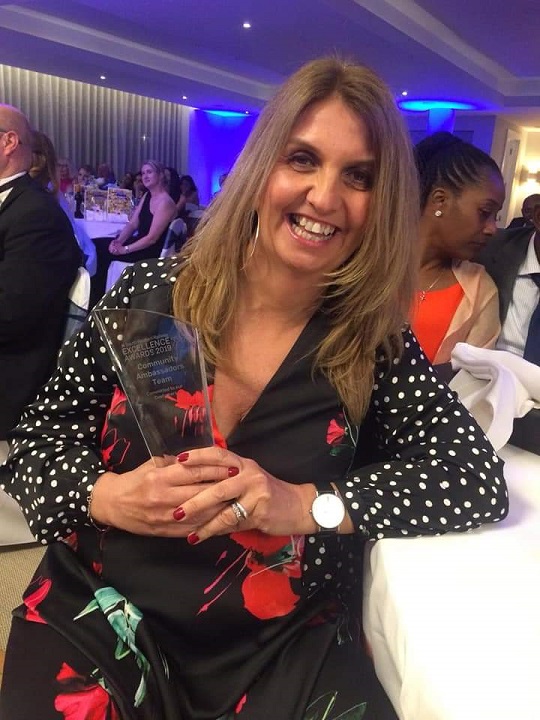 Before joining SWR, Tarnia was a black cab driver and so is very well versed at talking to a range of people. Since joining in August 2017, she has already won an internal Excellence Award which is unprecedented in such a short time of service.

In her short time working on the Try the Train initiatives, Tarnia has worked to support assistance dogs and their owners, local cancer charities and their patients, autistic children and school groups to help build their confidence when travelling by train.

Andrew Harrowell, who oversees the Customer Ambassador programme and is Community Rail Manager for South Western Railway, said:
“Tarnia is truly one of a kind - she brings herself whole-heartedly to the role, undertaking so much extra work to find groups for Try the Train days and to support others.

“So far, Tarnia has identified and lead trips for groups, including young adults with learning disabilities from DoveHouse, a wheelchair user who has MS, and even Caine Partners (an assistance dog charity). She has wowed each group with her bubbly personality, and willingness to help boost their confidence, supporting them to explore new opportunities to travel by train where they once they may have been reluctant to.”

Tarnia said of her nomination for the National Rail Awards: “I am so proud to be shortlisted for the award. I like to think I have built a positive rapport with thousands of customers over the past two years and so this award nomination is just as much about them.”