What's on in October

From spectacular light shows to gourmet dining, crafty wood fairs to spooky Halloween nights, there are lots of exciting events to look forward to around our region this October. And if you need another reason to get out there, how about 50% off your train fare when you book your South Western Railway tickets in advance?

Every October Thorpe Park is taken over by creatures of the night – zombies, vampires and ghosts – on the now legendary Fright Nights. And any humans who visit at this time had best beware. Themed around classic horror franchises such as The Walking Dead and The Blair Witch Project, Fright Nights include taking part in a live zombie apocalypse in the scare mazes, trying to contain a viral outbreak in the escape room, and the spine-tingling chills of roller coaster rides after dark. We’ve even unearthed a fantastic 2-for-1 offer when you travel by train that means two of you can get in for the price of one, valid until the 17th October – so hurry! Recommended for thrill-seekers aged 13 and up. 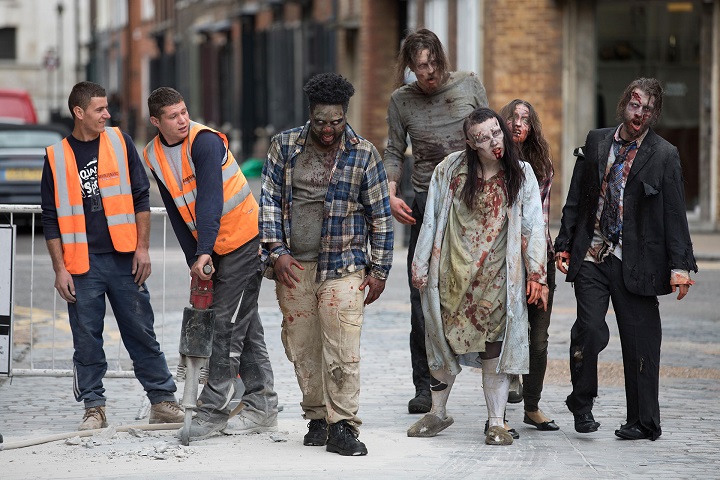 If you’d like to try some of London’s most creative, exciting and iconic eateries then the London Restaurant Festival gives you the perfect opportunity. Its famed restaurant-hopping tours let you sample five top restaurants in a single day for £47. The festival’s mission is to celebrate the capital’s diverse food scene, so they’ve laid on a mouth-watering range of events featuring special tasting menus, chef-hosted evenings, pop-up diners and even a cocktail masterclass or two.

Now in its 67th year, the BFI London Film Festival just keeps getting bigger and better, and this year will show more than 500 movies, documentaries and shorts from all across the world. The festival starts with Armando Iannucci’s new version of the David Copperfield story (below) and ends with an epic reunion as Martin Scorsese directs Robert De Niro in the International Premiere of their new mob movie, The Irishman. Showings take place across the capital, but with plenty on at the BFI Southbank – just five minutes' walk away from London Waterloo, so train-travelling film fans will find it easy to catch any of the great movies on offer.

Festival of Light inspired by Diwali

For a few magical autumn evenings every year, Robin Hill Country Park is transformed by its Festival of Light. As dusk descends the lights go on all around the park, illuminating the trees as part of a spectacular celebration that channels the Hindu festival of Diwali. The light circus is the main event, where amazing acts perform light tricks and acrobatics. You’ll see stunning carnival displays, and traditional dancing, and can get hands on in the Holi-style colour powder arena – kids will have a ball. Crown all that with delicious Indian food and it’s no wonder that the Festival of Light won an award from dayoutwiththekids.co.uk for best event at an attraction.

Bake Off 2018 star Briony Williams is the headline act at the Powderham Food Festival. She’s there for both days, demonstrating her skills and offering advice. Set in beautiful castle gardens, the festival welcomes nearly 100 producers and artisans from across the South West who will tempt you with their delicious food. There’s lots of opportunities to get involved, sample regional specialities, try new takes on old favourites, and pick up fresh ideas and trends. Expect stalls laden with goodies alongside demonstrations from top chefs including popular ‘Extreme Cake Makers’, Phil and Christine Jensen.

As the trees turn golden, the Surrey Hills Wood Fair offers a wonderful chance to enjoy some autumnal fresh air on a day out in the country. The fair promises traditional craft displays and plenty of family activities including den building, apple pressing, tree climbing, fire making, basket weaving, digger driving, bug hunting and tree planting, together with local refreshments and some great live music. 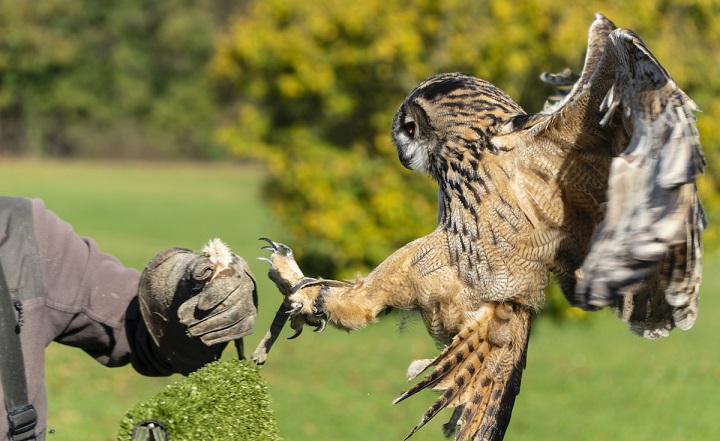 Look no further than the Bristol Festival of Literature to immerse yourself in the city’s thriving literary scene. What makes the festival special is its eclectic line-up of events. You can enjoy an evening of yarn-spinning from local storytellers, pick up tips on writing for children from the experts, and discover the secrets of mystery and suspense writing from acclaimed authors. There’s the chance to polish your skills at writer’s workshops, learn how to turn your story into a videogame or film, and hear from the award-winning Cynan Jones on how he brings fictional worlds to life.

Discussion panels and launch parties are all part of the mix and there’s always the chance you’ll spot a talented up-and-comer before the rest of the country. Science Fiction and Fantasy fans get their own special fringe event too – Bristolcon is on 26 October at the DoubleTree by Hilton Hotel, conveniently close to the train station.

While not quite as famous as its Northern counterpart, the Simplyhealth Great South Run will see up to 20,000 runners, pro and amateur, take to the wonderfully flat 10-mile circuit that visits many of Portsmouth's best known landmarks and sea sights. Saturday is the warm-up event when you can take part in a 5K run and a 2.5K canine run, where your dog can come along too. The main event is on the Sunday, after the kids run earlier that day. Cheering on the participants makes for a great day out even if you’re not actually running, and there’s plenty of live music and food to enjoy as well.


On Tour this month

All across the region

Stars Lulu, Cher and Lloyd Cole all take to the stage at various venues across the region this month. Lulu is celebrating 55 years since the release of ‘Shout’, with concerts in Guildford (17 October) and Yeovil (27 October). Cher is on her ‘Here We Go Again’ tour – a massive set of concerts across Europe and the US spanning six months on the road (Catch her at the O2 arena on 20 and 21 October), and Lloyd is showcasing his new work as well as playing some crowd-pleasers from his back catalogue of hits (Guildford, 19 October, Salisbury, 20 October, and Basingstoke, 23 October).